Home » Yahoo Messenger is finally shutting down; to be replaced by Squirrel

Yahoo Messenger is finally shutting down; to be replaced by Squirrel

Home » Apps & Software » Yahoo Messenger is finally shutting down; to be replaced by Squirrel 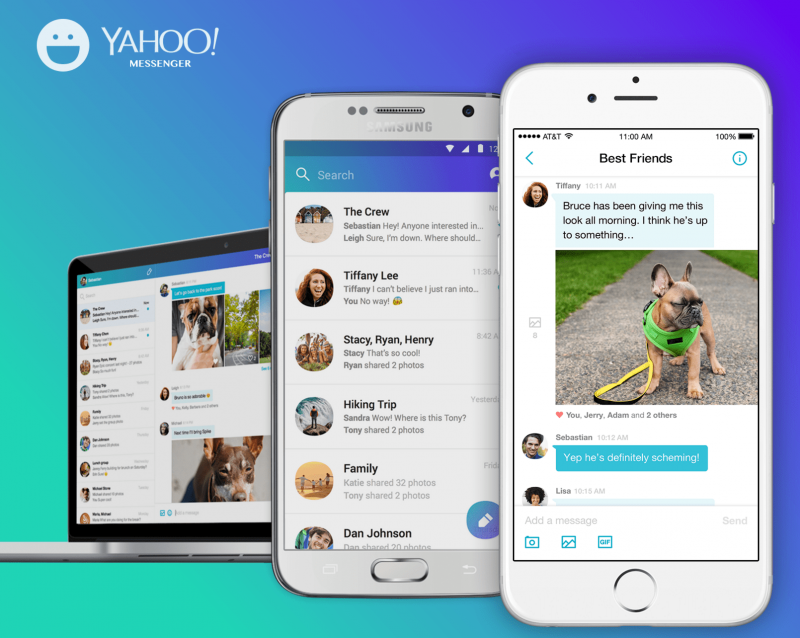 Good old Yahoo Messenger is finally retiring; one of the oldest instant messaging app will finally bow out on the 17th of July. Oath, which owns the app announced on Friday that the messaging app will no longer be available from July 17 and will instead be replaced by another one called Squirrel.

We know we have many loyal fans who have used Yahoo Messenger since its beginning as one of the first chat apps of its kind,” a statement from Oath reads per TechCrunch. “As the communications landscape continues to change over, we’re focusing on building and introducing new, exciting communications tools that better fit consumer needs.

Yahoo Messenger has made its mark having been around for close to two decades. The instant messaging app was the center of attraction for millions of users across the globe who depended heavily on it to communicate with their loved ones. However, things began to change within the last decade when Facebook, WhatsApp and even BlackBerry made their inroads into the market.

Though, Yahoo Messenger held sway as a desktop app, it gradually extended its reach to mobile devices. However, that was not enough to help it maintain its dominance as Facebook and other major messaging apps became even more popular.

The introduction of Squirrel

We have been told by Oath that a new messaging app called Squirrel will take the place of the soon-to-be retired Yahoo Messenger. What then is Squirrel and how is it different from Yahoo Messenger?

There currently isn’t a replacement product available for Yahoo Messenger,” the company writes. “We’re constantly experimenting with new services and apps, one of which is an invite-only group messaging app called Yahoo Squirrel (currently in beta), the company said. Oath began testing Yahoo Squirrel last month, and anyone interested in being a part of early access can request by sending a mail to squirrel.invite@oath.com

A couple of weeks ago, Yahoo pulled the plug on its savings app Tanda over lack of patronage. Since launch, Tanda, which was supposed to be an app designed to help people of similar interest save towards their goals, failed to achieve the expected impact.