Home » Writing Structure: Is It Important in the 21st Century?

Writing Structure: Is It Important in the 21st Century?

Home » Blogging » Writing Structure: Is It Important in the 21st Century? 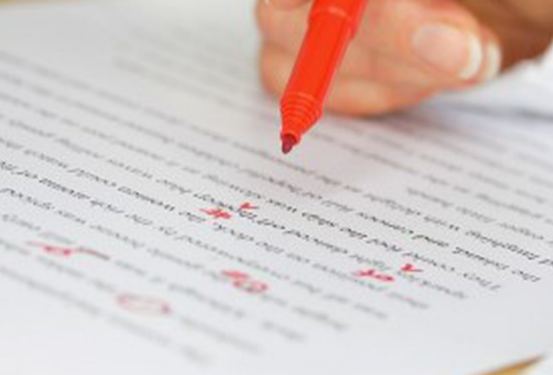 Some readers who are old enough to remember the Oldsmobile car, manufactured under the broad General Motors banner, may also remember when the now-defunct GM subsidiary tried to capture the attention of younger drivers. Their marketing plan included the catchphrase, “This isn’t your father’s Oldsmobile.”

Of course, the goal was to convince the 30-and-under crowd that the earlier Oldsmobile models were for the older folks but the new model was designed for the younger generation. Advertising executives went on to explain that the cars being manufactured “now” were exciting and would be a good choice for young people. However, the idea did not prove to be successful and General Motors began planning the death of the Oldsmobile name in 2000 and the last car rolled off the assembly line in 2004.

This brief view of the end of a U.S. automobile brand was offered as a way to talk about another industry that is slowly disappearing, though in a more gradual manner than Oldsmobile did nearly 15 years ago. What industry could that be, you may well ask? The answer – traditional community newspapers.

People in small towns still get their local news from a dwindling number of newspapers, but the quality of content is not what it was half a century ago. In the estimation of some long-time journalists who lived and worked in the community-news field for decades, the reason for the reduced quality lies in the way stories used to be written and the way many are written today, for electronic consumption.

This is not meant to be a study of the health of the newspaper industry in general, so you won’t find complex research numbers or charts showing there are fewer newspapers. The goal here is to help people who write for the Internet do it with structure and purpose, factors that drove the success of newswriting in its glory days.

It’s not necessary to recreate the classic inverted pyramid style of news story. This structure started with the most important information, then presented details slightly less crucial to the story, then another level of “less crucial,” and finally the least important items in the final lines. This was standard practice in journalism schools and in nearly every newsroom at one time. Skilled news writers took the extra step of “front loading” paragraphs, so the reader could decide if they wanted to continue reading.

Most individuals who write for the media today are producing content that will be read on a computer or a tablet. Of course, there are still news sources using paper, but many of them include an online version of the publication as well. Some of the news sources still encourage this type of writing for their staff members and contributors. But a structure designed for longer items is difficult to apply to online content that uses 140 characters, 280 characters, or a few lines to deliver the message.

The question now is this: Can structure be a factor in the mobile/social world today? If not, will the lack of structure be seen as a key element in the inability of people to consider not just the “headline” of the story but also the nuances of a complex subject? Here’s a great example of structure and also positioning of the most important information, but in graphic form from Autodoc.

In those so-called “good old days” the publisher of a newspaper wanted to be sure a number of people would pick up a copy. Reputation for accuracy and eye-catching headlines could make this happen. Naturally, you should include search engine optimization (SEO) in this discussion as well. Consider it from the reader/customer point of view. They’ve found you through search engines and shared information such as links. How do you present your information now that you have readers?

It wouldn’t be wise to try to be a time-tested writer the first time out. You can build up to that level. But try using a small pyramid. Start with your conclusion, the information you consider most important. Those first few lines should include a keyword (or two) to improve your SEO results.