In the Wikileaks founder’s statement given at a press conference for the Spy Files project, he said that iPhone, BlackBerry and Gmail users are just three of the “screwed” devices and services.

He said, “Mass interception of entire populations is not only a reality, it is a secret new industry spanning 25 countries.”

“It sounds like something out of Hollywood, but as of today, mass interception systems, built by Western intelligence contractors, including for ‘political opponents’ are a reality,” he added. 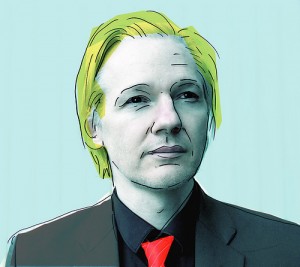 He also remarked that intelligence and surveillance companies are currently selling services to countries worldwide their “mass surveillance systems” for supported products.

The Press Association said that these organizations seem to possess the ability to monitor devices, tap on phone conversations and messages.

Assange, however, clarified that these transactions may appear to be invasion of privacy but are all legal, with Australia, Canada, South Africa, the UK and the US developing “spying systems”, and collected data are sold to “dictators and democracies alike”.

The 287-document Spy Files in partnership with website spyfiles.org is a “mass attack on this mass surveillance industry.”