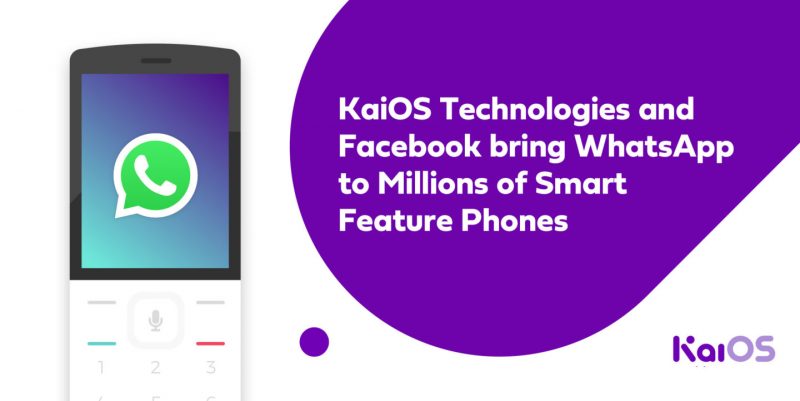 Finally, the Nokia 8110 which runs on KaiOS now has a compatible WhatsApp version. All users of the phone can now chat with friends and loved ones on the world’s most popular messaging app.

“We’re thrilled to bring WhatsApp to the KaiOS platform and extend such an important means of communication to a brand new demographic,” said Sebastien Codeville, CEO of KaiOS Technologies. “We strive to make the internet and digital services accessible for everyone and offering WhatsApp on affordable smart feature phones is a giant leap towards this goal. We can’t wait to see the next billion users connect in meaningful ways with their loved ones, communities, and others across the globe.”

Users of Nokia 8110 can download a compatible version from the KaiStore and start chatting with their contacts on end-to-end encryption. Starting from the third quarter of 2019, the app on KaiOS devises with 256MB or 512MB of RAM will come preinstalled on select phones.

Just like the iOS and Android versions, the KaiOS version of the app supports calling and messaging among other features.

Despite being launched last April; the app was only available on KaiOS in India; but is now widely available in all markets worldwide. WhatsApp is now available in seven KaiOS devices including the Cat B35, MTN Smart, the Orange Sanza, Doro 760, JioPhone [Reliance Jio], JioPhone 2 [Reliance Jio] and the Nokia 8110 [HMD Global].

“KaiOS has been a critical partner in helping us bring private messaging to smart feature phones around the world. Providing WhatsApp on KaiOS helps bridge the digital gap to connect friends and family in a simple, reliable and secure way.” said Matt Idema, COO of WhatsApp.

It is a big boost for an app that is already heads and shoulder ahead of its rivals in terms of user base. With a global user base of more than 1.5 billion, adding KaiOS to a list of OS that is compatible with WhatsApp is a major boost.

KaiOS currently runs on more than 100 million devices in over 100 countries—mostly India, and this is expected to boost the popularity of the Facebook-owned messaging app.

Still on WhatsApp, WABetaInfo recently shared a screenshot showing a new feature being tested by WhatsApp. The new feature, according to the reliable tech blogger, will push notification for incoming voice message.

Previously, users could view photos and videos in notification; but will now have the chance to view voice messages as well. No date has been announced for the release yet, but the test does prove that we might yet see it sooner or later.

The feature was spotted by the blogger on iOS with no word as to whether a version of Android is being worked on or not. He, however, adds that the feature is still in the developmental stage and would be available in the future.