Home » WhatsApp And Its End-to-End Encryption – How It Works?

WhatsApp And Its End-to-End Encryption – How It Works?

Home » Social Media News » WhatsApp And Its End-to-End Encryption – How It Works? 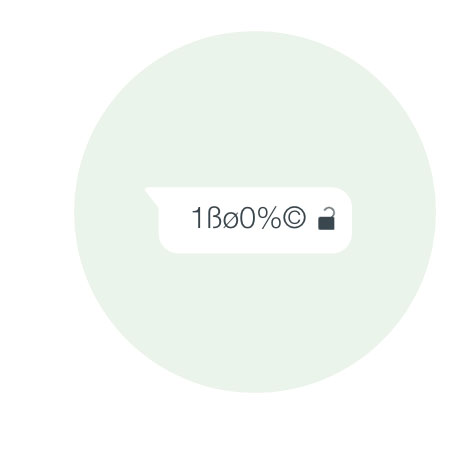 WhatsApp And Its End-to-End Encryption – How It Works?

On Tuesday, WhatsApp announced a more secure way of communication through its end-to-end encryption technology provided on the platform. It is said to be a stronger form of encryption to protect further the user’s privacy while using WhatsApp.

“Many messaging apps only encrypt messages between you and them, but WhatsApp’s end-to-end encryption ensures only you and the person you’re communicating with can read what is sent, and nobody in between, not even WhatsApp. This is because your messages are secured with a lock, and only the recipient and you have the special key needed to unlock and read them.“

The end-to-end encryption is set automatically. It means that there’s no need for the users to turn it on or set it up. This technology has been used to standard messages on Android since 2014. However, on Tuesday, the company confirmed that the technology can now work in all forms of communication through its app for iOS and Android devices.

Since the battle between FBI and Apple started, encryption has become a hot topic. Some US authorities said that violent extremists might use it to hide their tracks. But WhatsApp co-founder believes that people should have this encryption technology to protect their privacy against identity thieves and hackers, as well as the government that wishes to spy on them.

But the encryption technology of WhatsApp was the reason authorities arrested and released a Facebook executive after the company was unable to decode encrypted messages of a user. The reason for this is that end-to-end encryption can only be unlocked by the sender and the recipient. Each time a message is sent, WhatsApp automatically encodes it with an algorithm.

However, WhatsApp isn’t the only messaging service that utilizes end-to-end encryption. Other less popular services are using it too. But others don’t use it at all.

Google, for example, uses less extensive encryption. It protects emails and messages while they’re being sent to the recipient. However, the company can scan message at a particular point during transit. It can also unlock messages under a court order.

But the technology of WhatsApp is more secure as it provides a security code.

Senders and recipients can use the code to verify a message that it does come from someone that they know of and not from a hacker.

The primary goal of the messaging service is to protect the personal communication of its users. On its blog post:

“The desire to protect people’s private communication is one of the core beliefs we have at WhatsApp, and for me, it’s personal. I grew up in the USSR during communist rule and the fact that people couldn’t speak freely is one of the reasons my family moved to the United States.”

What do you think of the latest news about WhatsApp? Is it useful or damaging? Please let us know your thoughts in the comments below.