Google Meet users can now see up to 49 people simultaneously

Google Meet users can now see up to 49 people simultaneously

Credit: https://9to5google.com/2020/09/15/google-meet-background-blur/ Google Meet has started rolling out an expanded grid that allows you to see up to 49 people during a meeting. A preview of the newly updated functionality was made available to users last month. In the coming weeks, users will be able to see up to 49 people at the same time. Per 9to5google, this is just one of a couple of other updates and features being rolled out by Google. One other feature expected to be launched along with the expanded view is background blur—more on that in a jiffy. The fact that you can now see more people while in a meeting will improve the quality of your meetings. You will be able to see how people react to your suggestions, and effectively work towards making a better presentation. Being able to see other people in the meeting will also encourage more participation as it will create an atmosphere that makes it look like it is a person-to-person meeting. The update, which is understandably only available in the web version of Google Meet, is a very useful tool when it comes to class activities, and business meetings. Background Blur Google Meet is also rolling out background blur; a feature that blurs your background and focuses only on you during meeting. A new icon now exist in the bottom-right corner before a call is initiated or in the settings menu immediately afterwards. Google Meet background blur will first be available in Chrome for Mac and Windows with a similar rollout timeline as the grid view. So, expect both features to be available in the coming weeks. A couple of months ago, Google improved the privacy of Meet by launching a new feature that blocks anonymous users from gatecrashing an education meeting by default. Anonymous in this case would mean those not signed into a Google account; such people will be blocked from joining meetings organized by anyone with a G Suite for Education or G Suite Enterprise for Education license. Participants therefore will not be able to share a link publicly to encourage anonymous users to request access. Google said this decision was taken to allow for concentration during such meetings. Learning as you already know requires concentration, and enabling anonymous users to attend such meetings could be disruptive. The feature is being added by default, but...

Credit: https://play.google.com/store/apps/details?id=com.google.android.inputmethod.latin Google Gboard will start nudging you to install the Bitmoji app as part of a new test being conducted by Google. This by way of a new and dedicated Bitmoji tab that has now been added to one of the world’s most popular keyboard app. This is regardless of whether or not you have the app installed on your device. Before now, Bitmoji was only available for installation on Gboard via the sticker tab in the emoji sector. Per Android Police, more and more people are now reporting that they have started seeing a dedicated Bitmoji section beside the one for stickers. Once you tap on it, it will open a banner, with an advert message that you can “unlock thousands of stickers” via the “Install Bitmoji” button. As soon as you have installed the app, the Gboard section will be populated by stickers based on you. The new Bitmoji tab is already widely rolling out to a lot of people, and should not take long until everyone ns to see it. As at the time of putting this together, I still have not seen it—but like I already said, it is just a matter of time. In 2019, Google Gboard was updated with the ability to suggest relevant emoji and stickers when typing on your device. This feature is powered by Google’s popular artificial intelligence. With this functionality, Gboard will suggest different emojis and stickers that it feels will match that important occasion—birthday, wedding anniversary any many more. As you already know, Gboard boasts of a rich reservoir of stickers and emojis in its library, which makes it the perfect app to help you send the right pictures when words are barely enough. Even with a large collection of stickers and emojis available in the Gboard store, it could be sometimes very difficult to come up with the right one to express yourself in a very important conversation. So, it makes a lot of sense to have AI integrated into the app to simplify the entire process of getting the right sticker or emoji. The “GIF” icon in the top left corner of Gboard is where to start from—simply tap it, and you will see a selection of GIFs, emoji and stickers that the app thinks you might want to use during a conversation. With 1... 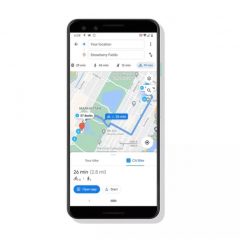 Google Maps has started showing where bike sharing stations are

Google Maps has just rolled out a new feature that allows you to easily locate where bike sharing stations are. With data provided by Ito World, you can now locate a bike sharing stations, which now makes everything easier. This is commendable considering how safe it is to ride a bike to your destination in this period where social distancing has very much become a part of our daily life. Ito World provides you with information on...

Google has improved the privacy of its videoconferencing space Meet. A new feature that blocks anonymous users from gatecrashing an education meeting by default was announced by the tech giant on Tuesday. Anonymous in this case would mean those not signed into a Google account; such people will be blocked from joining meetings organized by anyone with a G Suite for Education or G Suite Enterprise for Education license. Participants... 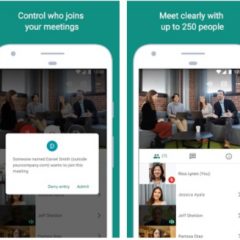 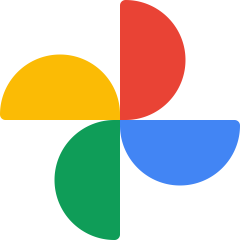 Finally, you are going to be able to see your newly uploaded pictures first on Google Photos. This represents one of the biggest changes to the popular picture apps in recent times. This feature has been present in the web version of the service for sometimes now; but Android users can now access their newly uploaded photos once they open the app. Previously, photos were sorted in a reverse-chronological order by the date which they... 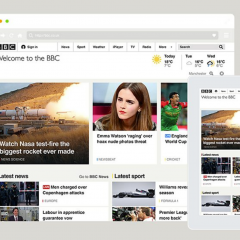 Why web design is critical for marketing 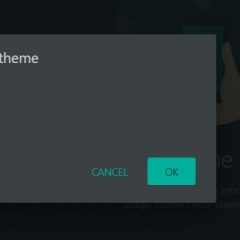 WhatsApp has started rolling out dark mode on desktop and web

Being one of the most used chat apps in the world, it is important for WhatsApp to be up and about when it comes to updates and new features. After making dark mode official on its mobile app, the Facebook-owned chat service has now extended the feature to the desktop and web versions of the service. For some, the dark mode feature has already been activated on the web, while for majority of others, it is a waiting game. That said, it...