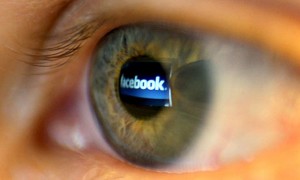 Latest Internet news from Washington said the US House of Representatives has voted against a bill that would prevent employers from demanding that job applicants reveal their social media passwords as part of their application requirements.

Industry observer Digital Trends disclosed that the bill was shot down apparently because lawmakers felt that the reports on the incidence of such demands for the surrender of passwords, for Facebook for instance, were exaggerated.

The House deleted the prohibition while in the process of amending the Federal Communications Commission Process Reform Act of 2012, a deletion that was reportedly viewed by rights advocates groups led by the American Civil Liberties Union with dissatisfaction.

Social media giant Facebook however made it clear, in the light of the failure of the bill to pass Congress, which it was ready to take legal action against employers who insist that job seekers hand over their Facebook user names and passwords as part of the job application processing.

AP had been reporting since earlier this month that a large number of job applicants in the US preferred to withdraw their job applications, rather than surrender their social media passwords to potential employers.

On the other hand, while the number of such demands for password surrender may have been overblown, observers in Washington noted that some government sectors view the practice as acceptable citing situations where job offerings involve federal work or high security employment settings.

Employer sectors, meanwhile, were themselves reportedly wary about continuing the practice following Facebook’s threats of potential legal action against transgressors, not to mention seeing their companies and their names plastered all over social networking sites as violators of job applicants’ rights to privacy.