Twitter Adds ‘While You Were Away’ To Top Of News Feeds

Microblogging platform Twitter has started rolling out a new feature known as ‘while you were away’ across its apps and website. The tool shows users a selection of tweets that Twitter considers as vital, and that its users may have missed while they were logged out or away.

The tool, which was first spotted by a number of Twitter users over the Christmas period, is similar to Facebook’s ‘Top stories.’ It will display tweets at the top of a user’s timeline when the site is opened.

The feature works in similar way as Facebook’s news feed feature, which prioritise updates in terms of importance rather than chronological order. Recall that the Facebook tool angered some users who believe they should be able to choose how stories appear; and the new Twitter tool could have similar problem too as users may express frustrations. 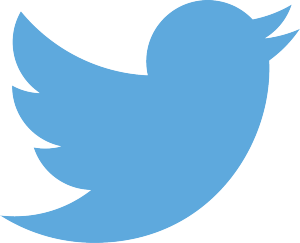 According to the Daily Mail, the site did not reveal how it prioritises tweets or what it regards as ‘important.’

Recall that last November, Twitter had announced plans to launch features to boost engagement, stating at the time that: “Every time you open the Twitter app, you’ll see something great.”

It added: “We can use information like who you follow and what you engage with to surface highlights of what you missed and show those to you as soon as you log back in or come back to the app.”

The ‘while you were away’ feature is the first major new feature Twitter is rolling out since it launched promoted tweets and adverts. No official statement has been made by Twitter regarding when users will start seeing the update and whether it will be an optional feature.

The new tool is designed to attract the attention of users to important tweets that can easily get lost in the ever-rapid flow of information. This is important especially for users who follow hundreds of people or do not have the time to check their feed regularly.

The new tool may be Twitter’s way of closing in on Facebook, which is currently ranked as the biggest social network company with 1.3 billion users.

Twitter currently has 284 million users, which is a far cry from Facebook’s user-base, and has a lot of work to do if it seriously wants to catch up with the company. The company is also expected to roll out another feature called ‘instant timeline,’ which will invigorate its current users and also attract new ones.