It looks like TikTok has finally complied with the ban announced by the government in India as Android Police reports that its servers are now down. Usually, people would find their way around a band app, but even VPN seems not to be doing the trick—at least not for everyone.

The inability of users to access the app’s servers may not be unconnected with the company’s official statement via its Twitter page today. In the statement, the company said it plans to comply with the ban issued by the Indian government, while denying any wrongdoing.

To further assure its host government of plans to comply with the order, the TikTok app has been removed from the Play Store and the Apple App Store in India. For those who already have the app installed, attempt to login in will be met with a notice and a blank slate with no posts or videos. 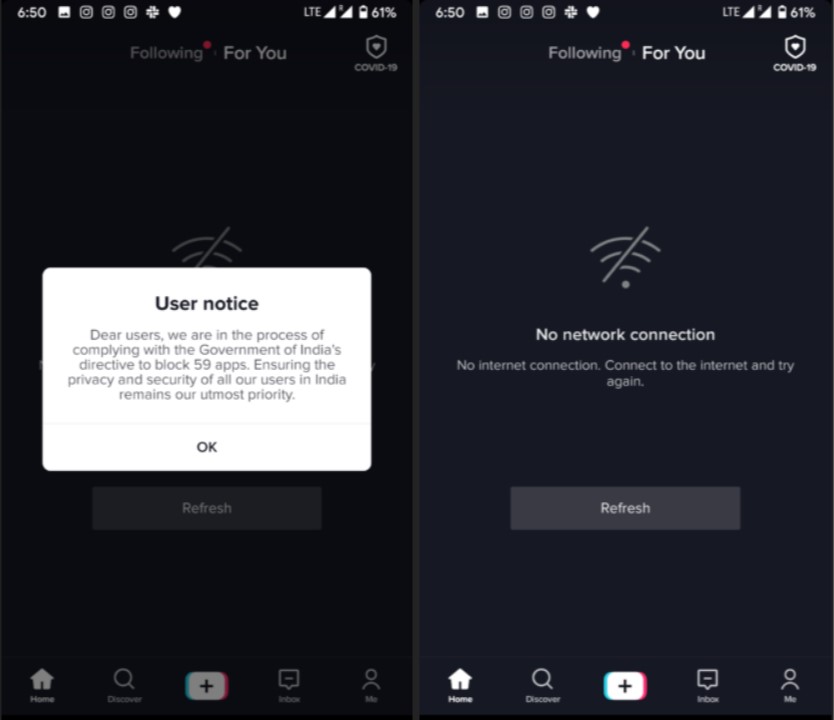 On Monday, India announced that TikTok and 58 other apps will no longer be allowed to work in the country. The country announced this in a press release; a move unprecedented in the history of what now looks like a cold war between India and China.

Earlier in the year, TikTok suffered a major blow when the Transportation Security Administration told its employees to stop using the app. This came weeks after the army banned the use of TikTok on government owned phones. TSA told users to stop using the Chinese-owned app to create social media posts for the agency.

In a statement per CBS News, the TSA said “small number of TSA employees have previously used TikTok on their personal devices to create videos for use in TSA’s social media outreach, but that practice has since been discontinued.”