Sweden Bans Huawei and ZTE from its 5G Networks

Sweden Bans Huawei and ZTE from its 5G Networks

It’s the latest country to join several other European countries that have already banned Huawei and ZTE.  Huawei is one of the biggest telecom suppliers in the world. But lately, it has met restrictions and bans from numerous countries. The US was the first one to forbid the use of Huawei networking equipment. Other countries in Europe followed suit.  It began in 2018. Key officials in the US warned about the telecom’s spying abilities. The following year, the country banned Huawei and ZTE.  The FBI director raised his concerns about the risk of permitting foreign governments that don’t share American values to have the power inside the country’s telecom networks.  Australia, Japan, Taiwan, New Zealand, and many others followed the US in excluding the said telco’s equipment in their 5G rollout plans. And the latest to join the list is Sweden.  However, the China-based telecom may take retaliatory measures that may affect Ericsson’s business in China. Ericsson is a telecom giant based in Sweden.  The company has won contracts from operators in China to supply them with radio equipment for 5G networks. And if the Chinese government fights back, Ericsson and other European vendors will sell less in China.  Sweden’s telecoms regulator gave companies a deadline to get rid of Huawei and ZTE equipment from its infrastructure.  The banning of the said telecom was decided after the officials heed the advice of its armed forces and security services describing China as one of the biggest threats to Sweden.  The decision will apply to the entire 5G network of the country.  European governments are tightening their controls on companies based in China that build 5G networks after diplomatic pressure from the US.  Huawei continued to deny that its technology can pose a national security risk.  In July, the UK ordered all Huawei equipment to be eliminated from its 5G network by 2027. It’s one of the first European nations to do so.  A spokesperson of Huawei commented that there are no facts that can support these allegations. Huawei added that the banning is based on conjecture, which is unfair and unacceptable.  With the banning of Huawei and ZTE, it leaves network operators with fewer options. It may also slow down the rollout of 5G.  The banning of these Chinese telecoms may be an advantage to Ericsson and Nokia. But both companies...

Tiktok back in Pakistan after government ban

Tiktok back in Pakistan after government ban

Image Credit: PTA Tiktok got itself banned in Pakistan about 10 days ago; that is no longer news. What is news however, is that the ban has been lifted and the app is now accessible to people in that country. Recall that the video-sharing app was banned by the Pakistan Telecommunication Authority following several complaints it received from “different segments of the society” alleging that TikTok encourages the sharing of “immoral/indecent content.” No thanks to the ban, the app was not accessible to millions of people for 10 days until today. The PTA in an announcement via Twitter, said the ban on TikTok has been “conditionally” lifted after assurances were given by the owners of the app to “moderate content in accordance with social norms and the laws of Pakistan.” In an email per The Verge, a TikTok spokesperson said: “We’re pleased to see that the TikTok app has been restored in Pakistan and that we will be able to continue enabling Pakistani voices and creativity in a safe environment,” Per Sensor Tower, TikTok has been installed 43 million times in Pakistan; making it the country TikTok’s largest market in terms of downloads. In the US, there are concerns over the safety and privacy of users–with the Trump administration contemplating similar action. While the ban announced by the PTA was due to immoral/indecent content, governments in different countries will begin to question the credibility of TikTok. Last June, India announced that TikTok and 58 other apps will no longer be allowed to work in the country. The country announced this in a press release; a move unprecedented in the history of what now looks like a cold war between India and China. In the press release, India’s Ministry of Information Technology said the said apps “are engaged in activities which is prejudicial to sovereignty and integrity of India, defence of India, security of state and public order.”TikTok is used by over 200 million people in India, and could be the biggest loser in this latest move by the India government. TechCrunch, however, reports that all 59 banned apps are still available for download in the country on both Google Play and the Apple App Store. TikTok, which perhaps seems to be the biggest losers in all of these, suffered a major blow last February when Transportation Security Administration told... 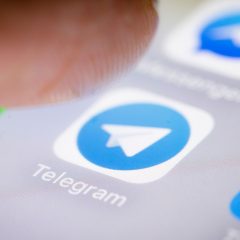 Credit: TechCrunch Telegram has launched a couple of new features including Search Filters, Channel Comments, and Anonymous Group Admins. Telegram has a history of adding new features every now and then, which makes it one of the most used chat apps around. Search Filters Search Filters allows you to filter search results by type using the new tabs: Media Links, Files and others. To search for a particular time period, simply type... 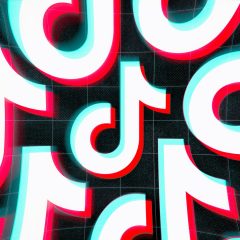 Credit: The Verge The US election is around the corner–only a matter of weeks as a matter of fact. To this end, several social media companies are rolling out different tools to help sensitize voters. TikTok too is not left out; the video-sharing app has announced that it will be rolling out a new in-app guide to help fight misinformation about the election. “Today we’re launching an in-app guide to the 2020 US elections... 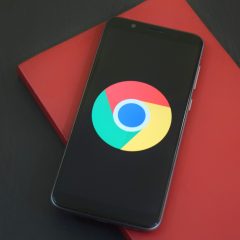 Google gets stricter when it comes to in-app purchases.  Google announced that it’s updating its billing policies. The policies will clarify the type of transactions that will be affected by Google’s commissions on in-app purchases. It doesn’t change the previous policy’s rules.  However, it will affect a great percentage of developers who are not using the company’s billing system when they sell goods in the app.  It means that... 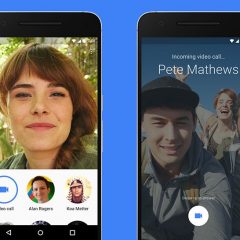 Google has started rolling out screen sharing in Duo

Credit: Tech Radar Google Duo’s screen sharing feature which has been in the making for a while is finally out. The feature, which was first announced by Google via a tweet a couple of weeks ago, is now being rolled out to users. Per Rita El Khoury of Android Police, turning on screen sharing is as easy as it gets. You can start by tapping the three dots at the bottom right of the Duo screen mid call, and then choosing Screen share. A... 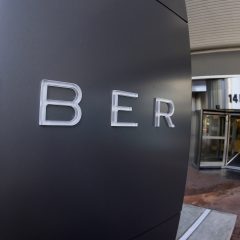 Uber declared “fit and proper” to operate in London by judge

Credit: TechCrunch A UK judge has ruled that Uber is “fit and proper” to operate in London. This victory means the ride-hailing firm will now be granted an 18-month license to operate in the capital after a long-drawn court case.  The 18-month license extension means Uber can continue to operate in its biggest European market; and comes as a huge relief for the company. Uber had its license revoked last November by Transport for... 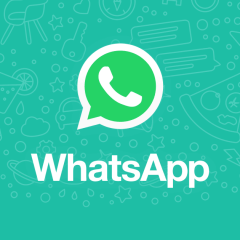 WhatsApp is working on self-destruct picture and video feature

Credit: WhatsApp WhatsApp is reportedly working on a self-destruct picture and video feature called Expiring Media. Just like the expiring message feature, the self-destruct picture feature will disappear once a user exits the chat. This will make WhatsApp a lot safer for us all, especially when it comes to sharing private pictures and videos. According to reliable tech blogger WABetaInfo, pictures and videos will automatically...