Google Fiber Launches 2GB Internet This Fall Source – Unsplash.com On the 14th September Google announced it will be launching a new Trusted Tester Program, offering download speeds of 2GB for $100 a month. Alongside Google’s other advances in video communication technologies, this new package sees a doubling of previous speeds offered by the tech giant, enabling us to connect more devices faster. For an extra $30 a month (over their 1GB package), users in Nashville, Tennessee and Huntsville, Alabama will be able to sign up for the pilot service. This will then roll out to “most” of Google’s other Fiber and Webpass cities in early 2021. Applications for Homes and Businesses As we are increasingly living online, small businesses and homes alike are looking to find ways of improving their outreach and connectivity through tech, utilizing tools like data cabling to improve functionality by linking devices to each other, as well as the internet. Since Google Fiber’s launch in 2010, internet usage in adults in America has grown from 76% to over 90%. With the rise of video conferencing, online project collaborations and sharing, upping the speed of your internet downloads is more important now than ever before. It’s also worth noting that Google Fiber’s new increase only applies to downloads, not uploads. So, if your home or business devotes a lot of its bandwidth to uploading content to the internet, this might not be the service for you. Google’s Internet History This “Next Step in Speed” marks the culmination of Google’s efforts to consolidate its internet services. At the end of 2019, Google stopped offering its 100MB service to new customers, and in February of this year, cancelled its combined TV package. By backing high-speed internet, Google effectively took itself out of the traditional TV market, choosing instead to offer different streaming services to its customers like Philo, fuboTV, and YouTubeTV. In their recent announcement, Google said, “This year has made this need for more speed and bandwidth especially acute, as many of us are now living our entire lives — from work to school to play — within our homes, creating unprecedented demand for internet capacity.” This shows no signs of slowing down in the months and years to come.  Future Plans A new WI-FI 6  router and mesh extender is also included as part of Google’s rollout, replacing the network box that comes as standard with...

Credit: BBC Per WABetaInfo, WhatsApp is looking to add a fingerprint security feature. This will quite obviously add an extra layer of security to the chat app—a much needed functionality these days. The fingerprint security feature allows you to confirm the creation of a new WhatsApp Web session by simply using your fingerprint. The functionality according to the reliable tech blogger, is still under development. No date has been confirmed for the release of the feature, but it could be available in the near feature. Of course, you can access the upcoming feature on the Play Store if you are a part of the WhatsApp beta program. If you do not see the update on the Play Store, then a refresh could do the magic. Credit: WABetaInfo In other WhatsApp news, the Facebook-owned app is intensifying plans to add the ability to grant users access to login with multiple devices. Recall that this is one key area users have been harping on for a while; and just a couple of weeks ago, WABetaInfo posted several screenshots about the upcoming feature on his blog. WhatsApp chat app recently released its latest beta updates including multi-device logins. Since the multi-device login has entered the beta state, it means we might be approaching a full release in the coming weeks or thereabout depending on how everything went. Multiple device support appears to be one of the most requested features from users. WhatsApp, however, is taking its time in developing it being a highly technical functionality that requires time. So, while most of us would want to see this feature rolled out or added to the chat app, things might not happen almost immediately. WhatsApp is “working on the possibility to use the same account on multiple accounts;” four as a matter of fact. Already, an interface is already being developed on the Android version of the app as well as the iOS version. When you want to use WhatsApp on a second device, all you need to do is to copy the chat history. This, however, would require that you connect to a Wi-Fi since a large amount of your data would be needed. Once you have connected to a Wi-Fi, the login process will then begin. Following months of testing, dark mode was finally made available to all users on both iOS and Android by WhatsApp last... 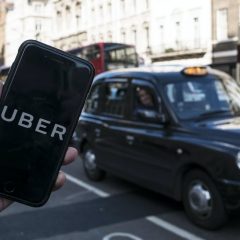 Credit: https://theconversation.com/uber-in-london-firm-must-value-its-drivers-as-well-as-its-customers-84621 Following successful trials in France and Australia, Uber is bringing “Uber Rent” to the UK. Uber Rent is a new feature that allows you to rent a car via the Uber app. The company is partnering with car rental company CarTrawler, a leading car rental company based in Dublin. With the Uber Rent option now added to the Uber app,... 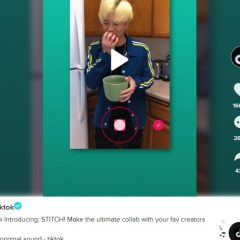 Credit: https://newsroom.tiktok.com/en-us/new-on-tiktok-introducing-stitch Despite its many battles, TikTok is forging ahead with making its app better. The ByteDance-owned app has launched a new editing feature called Stitch. Stitch is a new feature that lets engage with the world of content made and shared every day within the app. With Stitch, you can clip and integrate scenes from another TikTok user’s video into your own. Just... 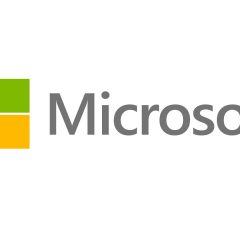 Microsoft Gets $10B JEDI Cloud Contract

After Amazon initiated a legal battle stating the process was biased.  On Friday, the Pentagon gave its Joint Enterprise Defense Infrastructure (JEDI) cloud computing contract to Microsoft. The agency chose Microsoft for the contract in October 2019.  However, Amazon Web Services contested. After a 10-month legal battle, the Pentagon finally awarded it to Microsoft. The contract is worth a maximum of $10 billion in the next 10...

DOJ is Planning to File an Antitrust Lawsuit Against Google

But this action is considered by some experts as premature.  The Justice Department is planning to file a suit against Alphabet, the parent company of Google. Career lawyers said that they need more time to help them in building a strong case against the said company. But the Attorney General William Barr overruled it.  The New York Times reported that the Justice Department is moving fast to scrutinize Google and other big tech... 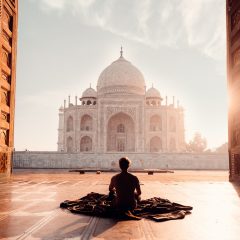 These apps were considered as “hostile to national security.” Source: https://www.pexels.com/photo/person-sitting-in-front-of-the-taj-mahal-2387871/ Over 100 additional apps are banned in India. These apps have links to China. India’s IT Ministry stated that the apps are cybersecurity concerns.  Some of the list included were apps from Tencent, NetEase, Baidu, and Alibaba. This latest ban comes as tensions escalate between the...

7 technologies helping you during COVID-19 pandemic

7 technologies helping you during COVID-19 pandemic Do you know how technology can help you during a pandemic? We have compiled a list of 7 technological feats that will make your life easier during this stressful time. If you follow technology news, then you need to read this post! https://unsplash.com/photos/npxXWgQ33ZQ Introduction It’s amazing how technology changed our lives, and how we can no longer imagine getting by without...