Home » SwiftKey Is Now a Microsoft App – How Much Was the Deal?

SwiftKey Is Now a Microsoft App – How Much Was the Deal?

Home » Technology News » SwiftKey Is Now a Microsoft App – How Much Was the Deal?

SwiftKey is now a Microsoft app. Based in London, the keyboard app maker confirmed today that Microsoft bought its app. 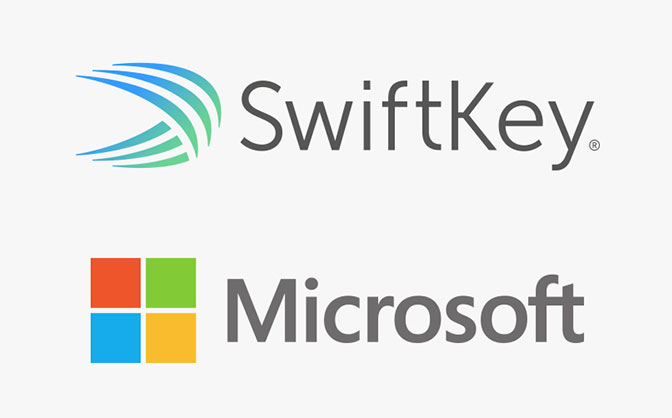 SwiftKey Is Now a Microsoft App – How Much Was the Deal?

Although SwiftKey and Microsoft didn’t confirm the exact figure, sources are putting a price tag of the deal — $250 million.

“We’re excited to announce an important milestone on SwiftKey’s journey. As of today, we have agreed to join the Microsoft family.”

“I’m pleased to announce that Microsoft has entered into a definitive agreement to acquire SwiftKey, whose highly rated, highly engaging software keyboard and SDK powers more than 300 million Android and iOS devices. In this cloud-first, mobile-first world, SwiftKey’s technology aligns with our vision for more personal computing experiences that anticipate our needs versus responding to our commands, and directly supports our ambition to reinvent productivity by leveraging the intelligent cloud.”

Predictive keyboard tech is already considered as an expected necessity, instead of having it just an add-on.

But the basic predictive text has been in the industry even before the smartphone era. SwiftKey has claimed to have telepathic powers because of its AI or machine learning core.

Although $250 million is a huge amount, some are saying that the price was actually lower than what investors were hoping years ago. That was the time when the predictive keyboard app was one of the most popular apps in the world.

Even though it has been installed on more than 300 million devices, many think that the company struggled to find a business model that it can depend on to grow. Before, you could use the app for $4. In 2014, however, it has switched to being a free download with in-app purchases. SwiftKey also earned decent revenues from Samsung, BlackBerry, and other smartphone makers by pre-installing it on their devices.

The company is in the industry for more than eight years. This startup raised below $22 million from investors. Many would consider that the acquisition and the exit of SwiftKey as a startup company were very timely. The company doesn’t have to sustain and grow as a standalone app in this increasingly competitive world.

The app may have a paid content. But some are saying that the company was more focused on acquiring on new users so they give its app away, rather than concentrating on improving its user growth. This actually makes sense for some, especially if the company’s end game is an acquisition.

For those who haven’t tried it yet, this app suggests the next word that you’re about to type after analyzing your writing style. The company said that the app itself has learned slang, nicknames, and emojis. In October 2015, the company announced that its Android app supported more than 100 languages. And these would include Icelandic, Arabic, Chinese and Indian dialects, among others.

The technology in SwiftKey is used by Stephen Hawking, the astrophysicist who has a motor neuron disease. The company has created a special language model that can assist Hawking when speaking and writing his articles or lectures.