Steve Jobs, the legendary and iconic CEO of Apple, has passed away, we have learned from Apple.

Distinctive of Apple, the company announced the death of its co-founder, visionary and creative genius in a full-page and sparse announcement on its home page found at www.Apple.com.

A photo shows Steve jobs in his signature turtleneck staring at you with penetrating eyes, his hand on his chin, with a hint of a confident and satisfied smile on his lips. 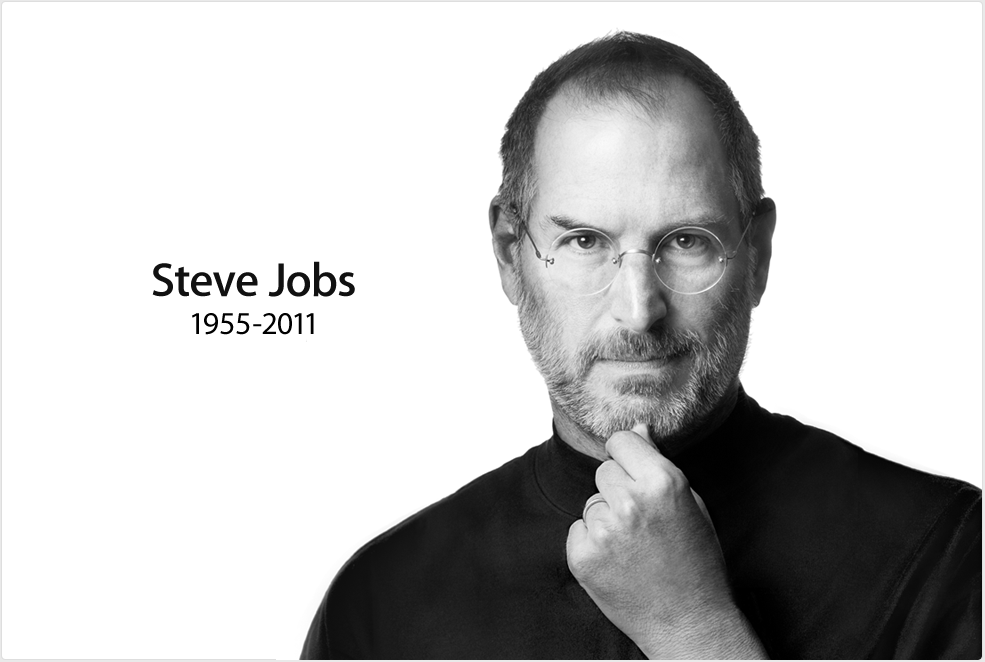 Clicking through the photo reveals Apple’s statement about the passing of its leader. The company says:

Apple has lost a visionary and creative genius, and the world has lost an amazing human being. Those of us who are fortunate enough to know and work with Steve have lost a dear friend and an inspiring mentor. Steve leaves behind a company that only he could have built, and his spirit will forever be the foundation of Apple.”

Apple adds further that those who would like to share thoughts, memories, and condolences can email rememberingsteve@apple.com.

Jobs died October 5, 2011 after recently passing on the CEO role to Tim Cook. Steve Jobs has been suffering from ailments involving cancer since 2004.

From Social Barrel, our thoughts go to Steve Jobs and those he has left behind. Steve will forever be remembered as one of the most extraordinary people in the tech industry and in the history of mankind.