Steps to Take if You are Racially Discriminated Against at Work 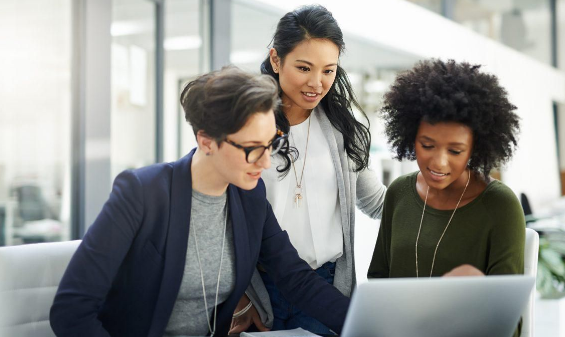 Racial discrimination of any kind is illegal in the workplace. However, unfortunately, that does not stop people from making slurs or doing other things that make the discrimination less than obvious. There are many forms of workplace racial discrimination, many of which are often subtle. Whatever form it takes on this type of behavior is prohibited both on the state and federal levels.

How to Identify Racial Discrimination

Unfortunately, when racial discrimination occurs in the workplace, it often goes unnoticed or undetected. For example, if an employer chooses not to give someone a promotion they truly deserve due to the color of their skin but never admits it, there is really no way to prove there is racial discrimination in place. at the same time, there may be some instances that are obviously forms of discrimination.

One example of an obvious instance of racial discrimination in the workplace would be an employer outrightly asking a potential employee about their race. If the applicant replied to the question and subsequently was not hired in spite of being fully qualified for the position, it would be evident that they were disregarded because of their race. However, these types of racial discrimination are exceedingly rare. Additionally, employers are allowed to inquire about race in job application forms and affirmative action programs as long as they have no bearing on the decisions they make regarding who to hire.

Usually, racial discrimination is very subtle to the point where a person would never be sure why they weren’t hired or received a promotion. While they can ask the employer, the employer does not have to honestly answer and can instead state some other reason that has nothing to do with race. At the same time, if a person who is less qualified ultimately gets hired for the job or receives a promotion the other person didn’t get, it can be used as evidence of racial discrimination.

Surprisingly, in some cases, an employer may be guilty of racial discrimination, yet not even realize it. Some may have certain practices related to hiring, testing or policies in the workplace that may single out a certain group of people or have some type of negative impact on a specific race. If it is not done for legitimate purposes or is invalid, those practices can be considered racial discrimination if a person speaks out against it.

Generally speaking, there are federal laws in place that are the primary laws that address racial discrimination in the workplace. These fall under Title VII of the Civil Rights Act of 1964, which state that employers are prohibited from doing the following:

In addition to these practices, employment agencies are also prohibited from coming to decisions on referrals or assignments for work based on a job seeker’s race. Likewise, unions cannot refuse membership or oust members due to their race.

Any person who believes they have been the victim of racial discrimination at work should take certain steps if they want to fight back. Keeping a journal of their experiences is a good way to start as it serves as important evidence to back up the claim of discrimination. It’s important for dates, times, names of the people involved and other pertinent information to be included. All of these factors can be used in an investigation. Additionally, the person might want to consider speaking with the supervisor of the individual they believed perpetrated the discrimination. In other words, if the victim’s direct supervisor discriminated against them, they should speak with the person who is directly above them status-wise. In many instances, a situation can be resolved by doing this.

However, if this is not enough to satisfy a resolution, the person should consider consulting with an experienced racial discrimination lawyer and filing a discrimination claim against the company. An investigation can then begin into the claims and a resolution can ultimately be reached.

It’s important for anyone planning on filing a racial discrimination claim to remember that just like with any other type of legal claim, time is of the essence. There are deadlines — also known as the statute of limitations — for not only filing a claim but even reporting the discrimination. To that end, it is very important that a person report racial discrimination in the workplace immediately after the incident occurs.

No matter what the circumstances of the situation, if you believe you have been racially discriminated against at work, it’s important to speak with a employment attorney in Los Angeles. West Coast employment lawyers can help you in your case every step of the way. A racial discrimination lawyer can examine the facts and evidence of your case and advise you on the best course of action to take toward getting the justice you deserve. Contact West Coast employment lawyers at your earliest convenience.