The U.S State Department, which is currently working hard at minimizing the impact of the release of thousands of classified internal documents by whistle blowing, secret telling website WikiLeaks, is also increasing its use of the internet in a positive way – by stepping up its efforts to use social media website like Twitter to communicate and broadcast U.S. policy decisions. 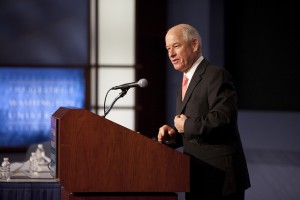 Twitter is helping officials find new voice and methods of influence in this era of digital communication, because it allows them to be independent of the usual media outlets and instead communicate directly with people overseas in real time during periods of crisis such as in Haiti or the Middle East.

Communications director for the U.S State Department, P.J. Crowley, has been using his tweets to push for calm and reform in Haiti, Lebanon, and Tunisia, and clarify the U.S position on other issues. Today Crowley tweeted about information released by Al-Jazeera today regarding Palestine: “The U.S. government is reviewing the alleged Palestinian documents released by Al-Jazeera today. We cannot vouch for their veracity.”

Crowley also used Twitter to announce the U.S. position on the return of “Baby Doc” to Haiti. “Baby Doc” is the nickname of former dictator of Haiti, Jean-Claude Duvalier. Crowley said “We are surprised by the timing of Duvalier’s visit to Haiti. It adds unpredictability at an uncertain time in Haiti’s election process.”