Home » Spotify Launches Video Podcasts Globally – Who Can Watch Them?

Spotify Launches Video Podcasts Globally – Who Can Watch Them?

Spotify adds a new feature to its app that lets users watch video content from a group of creator podcasts. The new feature — video podcast — can be accessed by free and paid subscribers. 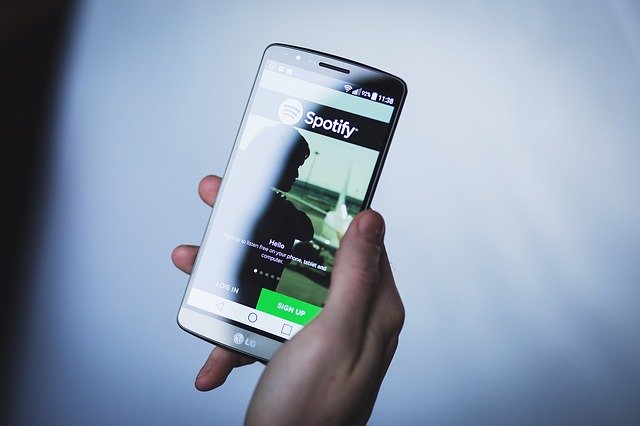 Spotify Launches Video Podcasts Globally – Who Can Watch Them?

It’s not like YouTube, though, because Spotify allows free users to switch from video to audio and vice versa. When they’re on audio mode, the content will play in the background continuously even if you lock your phone or use another app.

Video Podcasts Feature of Spotify for Desktop and Mobile

This feature allows fans to know more about creators, while creators can connect deeply with their audience. For creators, they can upload their videos while they record their shows. The video can play along with the audio.

For listeners, there are no special instructions to follow when watching video podcasts. The same steps you’ll take when you listen to an audio-only podcast. That is, you just have to go to the show page and choose an episode. As you tap the play button, the videos will immediately play.

You can access the latest video podcasts in markets where podcasts are accessible. But you can only access a few shows now. However, Spotify will surely expand the list.

Earlier this year, Spotify bought The Ringer, a sports and culture media company. Its creator, Bill Simmons, is a popular commentator among sports fans. After founding the Ringer, Bill hired former writers and contributors of Grantland. The main goal was to expand the outlet’s niche to include pop culture. Hence, you can hear podcasts about movies, television, and others.

With the launch of video podcasts, Spotify creators can now increase their audience. Before, Spotify podcasts had a video option. However, creators had no way to share it on Spotify. In that case, creators would have to use distribution services, like Spotify for their audio podcasts. And for their video podcasts, they’d have to publish the videos on YouTube.

Now, creators can publish their video podcasts directly on Spotify. But they still have the option to publish them on YouTube if they have already a fan base on such a social media channel.

The video podcasts list will have originals, and exclusive, as well as third-party podcasts.

Why Video Podcasts are Popular?

Video podcasts are an easier way to help creators in communicating their visual subjects. They’re also relatable and engaging. Furthermore, you can put links in your videos with extra information.

They also have some SEO and search benefits. Because they’re videos, they rank higher in the search engines, thereby, outranking other sources.

And if you wish to grow your audience on Spotify, make sure to take advantage of the latest feature. This isn’t the first time that Spotify invested in video. In 2017, it introduced its plan to position its app as a video streaming space but it abandoned it later on.

But with the benefits of podcasting, Spotify is introducing a video podcast that aimed to improve ad opportunities. With this latest feature, creators of podcasts can now “connect more meaningfully with their listeners.”