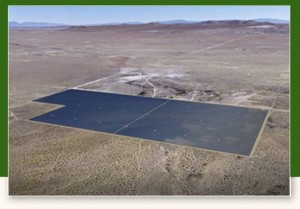 University of Michigan researchers made a breakthrough discovery on the behavior of light, which could alter solar technology from now on.

Professor Stephen Rand, Departments of Electrical Engineering and Computer Science, Physics and Applied Physics, and William Fisher, an Applied Physics doctoral student, found out that light, when traveling through a nonconductive material, such as glass, at the right intensity can produce magnetic fields 100 million times stronger than previously deemed possible.

During these conditions, the magnetic field has enough strength to equal a strong electric effect, producing an “optical battery” that leads to “a new kind of solar cell without semiconductors and without absorption to produce charge separation”, Rand said.

In a paper published in the Journal of Applied Physics, Rand exposed the research using a new technique that requires “lenses to focus the light and a fiber to guide it, rather than semiconductor processing.

“Glass works for both. It’s already made in bulk, and it doesn’t require as much processing. Transparent ceramics might be even better,” Fisher said.

Rand and Fisher expect to attain an efficiency rating that could match today’s commercial-grade solar cells.