In Saskatchewan, Canada, a conference that addresses the issue of “net banging,” among other topics, will be held early next month.  Net banging is the practice of recruiting new members online to join gangs.  To deal with the matter, the Canadian Safe School Network will hold the Saskatchewan Safe Schools conference in Saskatoon, making it the 8th time the event is held.

According to Dave Fraser, who is the director of social media and special projects with the network, net banging is fast becoming a common practice in Canadian schools.  More and more gangs are using social media as a way to get new members.  He describes gang members as “intelligent, manipulative, and resourceful” as they have been going online to try and identify and enlist new people into their group. 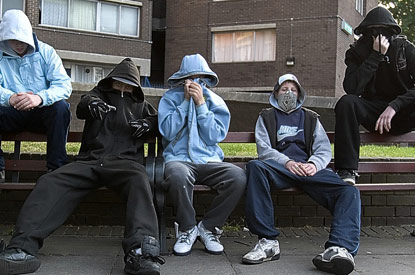 How They Do It

Fraser shares that gangs often “bait” new members by using intimidating messages or photos.  They also peruse social networks such as Twitter and Facebook, for the purpose of identifying users who possess the criteria, which makes them “vulnerable” to joining a gang.  He said that they’ve been looking into this phenomenon for the past two years now.

Not Common in Saskatoon

Meanwhile, according to Alyson Edwards, who is the director of public affairs for the Saskatoon Police Service, the practice of net-banging is not a problem in their area.  Edwards explains that recruitment via social media is not common among Saskatoon’s street gangs.  There are cases online that seem to be related to gang recruitment, but Edwards says that usually these are not authentic.  Oftentimes, a kid would just say the name of a gang to intimidate someone, but he or she is not really affiliated with the gang.

Still, the importance of safety, even online, can never be underestimated.  From March 7 to 8, the Saskatchewan Safe Schools conference will be conducted.