Facebook is set to acquire Kustomer, a customer service automation platform. It will offer more tools for businesses to manage customer queries via direct message. Kustomer uses AI to detect customer queries. Then it responds automatically based on context or reroutes messages to human service agents. “Our chatbots enable end-to-end resolution across chat, social and messaging applications to handle repetitive conversations and help customers view and their update information,” says Kustomer. It offers innovative automation rules to reply to messages. This reduces the manual time spent on simple queries and increases response time and staff hours. What’s in it for Facebook? Facebook will benefit from the AI through its DM customer service, specifically with WhatsApp. “Every day more than 175 million people contact businesses via WhatsApp. This number is growing because messaging provides a better overall customer experience and drives sales for businesses. To that end, we recently announced several API updates for WhatsApp and Messenger, allowing for further integration into our partners’ tools and faster onboarding to help businesses manage their communications with customers. That’s where Kustomer comes in,” says Facebook. Kustomer will automate business interactions on WhatsApp. And it ensures timely resolution of complex issues. Thanks to its advanced monitoring and managing of direct messages. Businesses on WhatsApp will gain traction in 2021, more so in India. The world’s largest social network is expanding its presence in that developing market. And WhatsApp is already the most-used messaging app in this country. Facebook continues to expand its use as a key platform for businesses in the region. So, it may still see a growth spurt in the Indian market. And it will become a vital tool for SMBs, as India recovers after COVID-19. Facebook has huge investments in the region. It bought a stake in mobile provider Jio, and received approval to expand WhatsApp Pay. Kustomer’s tools offer more ways for businesses to restructure their operations on WhatsApp. It will have extensive benefits for brands to maximize their customer service campaigns via message. Facebook will release more details on how it will implement Kustomer’s tools. We will see if it will be free, or if businesses must pay for premium services. Still, a wide range of benefits are up for...

After a three-year hiatus, Twitter verification will be back.  Source The little blue checkmark next to a name that you see on some celebrities is a perk of verification that started in 2009. You can only get it if the social media site considers you an authority.  Before, Twitter would decide whether to verify you or not. It means that you couldn’t request it. You needed to grow your profile to the point that people would notice you so that Twitter would see you as well.  It was a status symbol. The purpose of this checkmark is to combat impersonators. But Twitter changed its rules. It opened up its verification process. People with less authority could now gain verification.  As it opened its verification, its power also diminished.  The process of checking accounts became murky and inconsistent.  So, it stopped the process in 2017. Twitter paused it after it gave that checkmark to a white nationalist who led the Unite the Right in Charlottesville, Virginia, in 2017.  The company said that the verification wasn’t a form of endorsement. Instead, it was only a form of authenticating an account’s identity.  Twitter said that the public verification program was confusing to a lot of people. Instead of focusing on verifying accounts, the company focused on protecting the public conversation’s integrity.  The company admitted that they were not transparent about who can get the blue little check market and why you can’t get it. People also didn’t know what it meant to obtain that mark.  Revamping Twitter Verification  Twitter announced today that it would relaunch its verification program in early 2021. For now, it’s asking the public to share feedback on the new verification policy.  In a blog post, Twitter said:  “Calling for public feedback has become an important part of our policy development process because we want to ensure that, as an open service, our rules reflect the voices of the people who use Twitter.”  Before Twitter can update its verification policy, it must first listen to public feedback. It will help the company in providing a foundation for its future improvements.  With the proposed policy, accounts with a blue verified badge will tell people that they are authentic.  “To receive the blue badge, your account must be notable and active.” The company will start with six types of accounts, including entertainment, sports, news,... 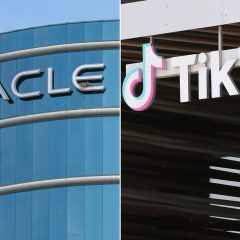 TikTok has 15 days to sort its Oracle and Walmart deal

Image Credit: CNN A temporary reprieve has come the way of embattled TikTok as report says the Chinese-owned app has been given more 15 days to sort out its deal with Walmart and Oracle. As per CNN, the video-sharing app will have until November 27th to persuade the US national security officials that its proposed deals with the two companies will sail through and get the needed approval. Under an executive order signed by President... 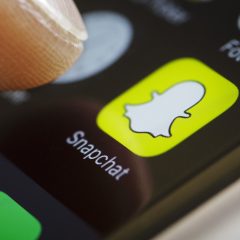 The holiday season is at our doorstep. And brands want to catch up and make up after a rough year through Snapchat. On that account, Snapchat has provided new tips on how you can maximize your Snap promotions. It comes with ten key pointers for your campaigns. Here’s an overview: 1. Choose the right ad format with your goal in mind Snapchat ads have five objectives: Website VisitsPromote Local PlaceCalls & TextsApp... 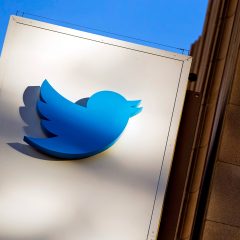 Brands must have their Christmas 2020 promotions in place to capitalize on sales during the holiday season. So Twitter UK has provided new insights to help you focus your holiday campaigns. It provides a better grasp of how consumers see Christmas 2020, what they are seeking, who they are engaging with, and more. Christmas will be different this year. And understanding what consumers expect may shape the best messaging for your... 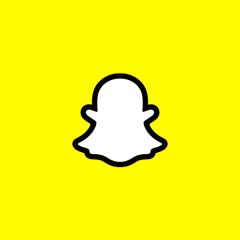 Image Credit: Snapchat Snapchat has launched a new tool called Friendship Time Capsule. The tool allows you to take future selfies with your friends in a future time and place. Coming at a time people are finding it increasingly difficult to socialise and go to their favorite spots together as friends, the tool helps friends reconnect via augmented reality. Snapchat’s Friendship Time Capsule is powered by machine learning that... 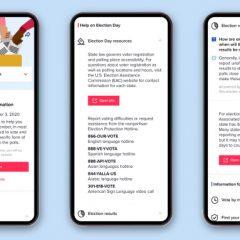 TikTok to add live election updates to its election guide

Image Credit: TikTok TikTok is bringing live election result updates to its election guide, the company has announced. The video sharing company already offers in-app election guides to users, and adding live result updates, which will be provided by the Association Press. will further expand what is available to users in the US. Users will be able to have access to an interactive map showing live results for federal and state... 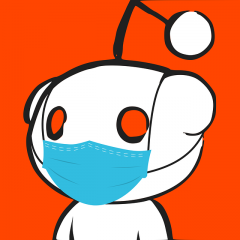 Is work from home the future of work?  Reddit is another tech company that allows its staff to work remotely going forward. It announced the decision in a blog post. However, not all employees can choose to work anywhere.  In a blog post,  “Moving forward, teams and team members will have flexibility to explore where they work: in the office, remotely, or a combination of the two. There are some exceptions; we have some roles at...