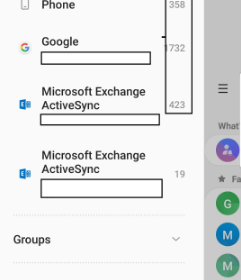 How to Sync Contacts Between Gmail Accounts in Minutes

How to Sync Contacts Between Gmail Accounts in Minutes

How to Sync Contacts Between Gmail Accounts in Minutes In the early days of the internet, most people had just one email account. And it was probably an AOL account. Oh, how times change. Today, many people have emails for work, personal business, spam, and other reasons. With it’s 1.4 billion users, Gmail is the most popular free email provider in the world. And you probably have a couple of Gmail accounts too. If you have multiple emails, it would be in your best interest to sync contacts between Gmail accounts so that you don’t have to do it manually. Not sure how to do it? Don’t, worry, we’ve got you covered. Continue reading and we’ll walk you through two different ways to sync your contacts in minutes. Do It Through Gmail To start, log in to the Gmail account that all of your contacts are in. Click on the “Gmail” drop-down icon on the left side of the screen. Click on “Contacts.” Next, click on the “More” drop-down menu and choose “Export.” Chose the group that you want to sync or select “All contacts.” Clicking “All contacts” will export every contact that is connected to that account. Choosing a group will give you a drop-down menu that will show you a list of your different contact groups. After choosing which contacts you want to sync, click on “Google CSV.” Then, select “Export.” After clicking this, pick a place on your computer where you want to save these contacts and click “Save.” You can delete these contacts from your computer once the sync is complete. After exporting your contacts, go into your other Gmail account and choose the “Gmail” menu again. Click on “Contacts” and then “More.” This time, you’re going to want to choose “Import.” To import, select “Choose File” and then import the file that you have saved on your computer. Then, all you have to do is click “Open” and “Import.” Use PieSync PieSync is a software that will do your Gmail syncing for you. If you don’t have an account, you can sign up for a 14-day trial. To access their Google contacts sync feature, you first need to log into PieSync. Then, all you have to do is click the Google Contacts icon twice. This sets up Google Contacts to Google Contacts connection. Then, you’ll set filters so that the system knows...

Google has not made it a secret that it wants to discontinue support for the consumer version of Google+. As a matter of fact, Google has fixed April 2 as the official date when the failed social network will no longer be available to the public. The company said it will from April 2 start deleting all content, including Google+ pages, photos, videos, and everything else on the social platform. This announcement from Google is coming as a timely warning for every user who has vital data on the website to consider downloading it before the sunset date. “Starting April 2, 2019, we will shut down your Google+ account and any pages you created, and we’ll begin deleting content from consumer Google+ accounts. Photos and videos from Google+ in your Album Archive and your Google+ pages will also be deleted. If you have Google+ content that you would like to save, you must do so before April 2nd,” David Conway Product Manager said in a blog post. While support for consumer Google+ is being withdrawn, Google has pledged to continue investing in the enterprise version of the social media. So, if you are one of those who use that version, then you can be sure your account will continue to be active beyond the April 2 date that has been announced for the consumer version. Google is also shutting down all Google+ APIs, including Google+ Sign-in and requests for Google+ OAuth scopes. The wind down process, according to Google, has begun, and developers by now should have started noticing “intermittent API failures leading up to March 7, 2019, when APIs will be fully shutdown,” Google said. That is about all to talk about as regards Google+; now to an app that is hitting all the right chords—Google Maps. Maps has started rolling out its much anticipated speed limit feature to its users. Though, the roll out is not yet global, the feature could be widely available around the world in the next couple of weeks. Going forward, drivers and other users of Google Maps will be shown the post speed limit of the road they are driving on in the lower left side of the app. Also added are speed traps designed with a small camera icon and shown on the visible area of Maps. Sources told Android Police...

Google has acquired Odysee, an iOS and Android app that lets you automatically back up photos and videos taken on your camera or tablet to your home computer. That means Google+ Photo service will soon be having more offline and private sharing features. The app which also lets you set up private, automatic sharing with others, will be effectively shut down by February 23, while the team behind the app will be joining Google+ to...

Do you often use Google+ to post videos? There is good news for you as the service has launched new and exciting tools as videos posted on Google+ will be flagged by its automated system that can be enhanced with improved stability, colour correction, and lighting enhancements. You may however, have to wait for a future date to see improvements made on the voice quality. “We’re all taking more videos than ever before, thanks to...

Google+ users now have more options to describe their gender according to Google. Users will no longer be restricted to “male,” “female,” and “other;” but will instead be allowed to type in their preference into a text field provided by Google. Users can also provide Google with a designated pronoun, which the company would use to refer them on their profile, to customize phrases Google+ automatically generates, such as “in her...

Courtesy of Engadget, it is being reported that Google plus now gives you option to pin a post to the top of your profile, which ensures that will see your posts no matter how old it is. While this might not be a major addition, it is still a handy tool for users who may wish to run a poll for a long time. It will also ensure that your friends see old pictures or provide information to new followers about what you are up to at the...

Google has announced that users of Hangouts app will be able to make one minute free international calls. Users in 25 countries listed by Google will get the first minute free on international calls they make via the app. Before this announcement, Google’s Hangouts app designed for both desktops and mobiles provided instant access to video, instant messaging, and chat calls to phone numbers with the use of an internet connection. Free... 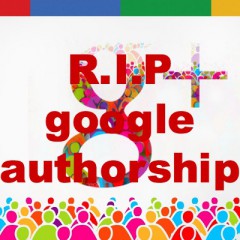 June’s end brought the first big change for Google’s authorship feature, as the profile photos and circle count were removed from search results. Why? There are rumors about the search giant figuring out whether this improves the CTR in organic results, while the clicks for AdWords ads were less and less. Ok, we could live with this, but August 29 brought another change… This time, things are more serious. Mr. John Mueller, Webmaster...