What a sad ending for the embattled Galaxy Note 7; a smartphone described by many analysts as one of the most beautifully designed devices money can buy. The North Korean phone maker finally decided to put the phone out of its misery following two recalls within a spate of two months of its release.

In a filing with the South Korean regulators on Tuesday, Samsung said it would permanently stop both production and sales of the embattled phone, reports WSJ. Reports of overheat and fire incidents were rife in the last couple of weeks, with consumers fearing for their safety.

Earlier in September, the company issued a statement officially recalling the Galaxy Note 7 to enable it work on the battery. Samsung said at the time that:

“To date there have been 35 cases that have been reported globally and we are currently conducting a thorough inspection with our suppliers to identify possible affected batteries in the market. However, because our customers’ safety is an absolute priority at Samsung, we have stopped sales of the Galaxy Note7. For customers who already have Galaxy Note7 devices, we will voluntarily replace their current device with a new one over the coming weeks.”

That was back in September, and shortly after working on the smartphone’s battery, the company began shipping it out to carriers and different markets. However, consumers started complaining of the same problem that affected the phone’s battery before the first recall. Sensing that it couldn’t handle the bad publicity surrounding the embattled Note 7, and putting safety first before any other thing, the company finally decided to pull the plug on Tuesday. 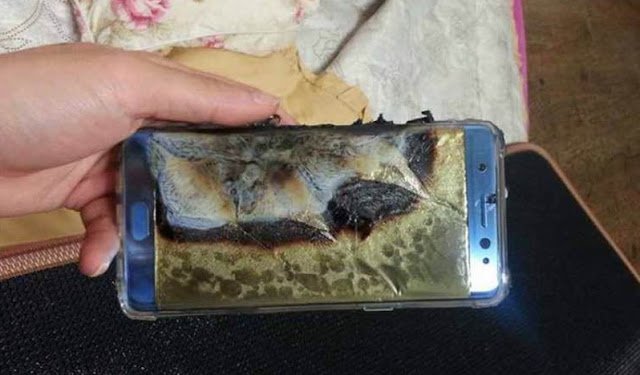 “Taking our customer’s safety as our highest priority, we have decided to halt sales and production of the Galaxy Note 7,” Samsung said.

Samsung is not only battling to redeem its image as a result of the Note 7 battery problem, the permanent halt in both production and sales could affect the company financially. According to Reuters, the recall could cost Samsung as much as $17 billion.

Citing Credit Suisse analysts, Reuters reports that the decision could translate into loss of sales of up to 19 million phones. Samsung was expected to generate $17 billion during the phone’s cycle.

Perhaps, more worrying for Samsung is its reputation, which could be badly affected as a result of the bad publicity the Note 7 brought its way. That cannot be quantified in terms of money, which puts the company in a very difficult situation. It’s up to Samsung to regain the trust of millions of consumers all over the world.

Meanwhile, Apple shares gained nearly 2 percent on Monday as the new iPhone 7 appears to be enjoying moderate success. For the first time since December 2015, Apple’s stock price surged above $116 per share. Will current trend continue? Only time will tell, but the fact that the iPhone 7 is enjoying moderate rise in sales in markets should give Apple something to cheer about in weeks to come.