Research In Motion (RIM) has not been so careful in keeping its upcoming BlackBerry 10 OS a secret, as CrackBerry.com recently got an internal RIM email that gives a glimpse of the next-generation operating system.

The pictures show a BlackBerry 9860-like smartphone running on an all-new operating system, and showing the new BlackBerry 10 OS homescreen.

The widgets on the screen are larger this time, which is comparable to the live tile widgets found in a Windows Phone 7 smartphone.

And like the WP7 tiles, these ones are also dynamic, with info on essential smartphone features like weather, calls, album art for recently played music and current location through BlackBerry Maps, all of which having its own widget.

Another obvious change, as shown on the leaked photos, is the new shortcut bar below the homescreen that is slightly similar to that of the Nokia Belle navibar.

Going forward, the next photo shows the new app drawer, but to which direction it scrolls, we still do not know.

The photos of the new BlackBerry 10 OS do not show the standard tabs found on OS 7, which likely means this will be single long list of applications.

New icons are present for some apps, including the folder for storing icons, but we still have to see how to put forward the app drawer from the homescreen.

The last photo shows the screen during an actual call, which displays the caller’s photo at the top and large touchscreen buttons below it.

Overall, the new BlackBerry 10 is looking quite promising. Unfortunately, there will be quite a wait before we could actually get our hands on it. 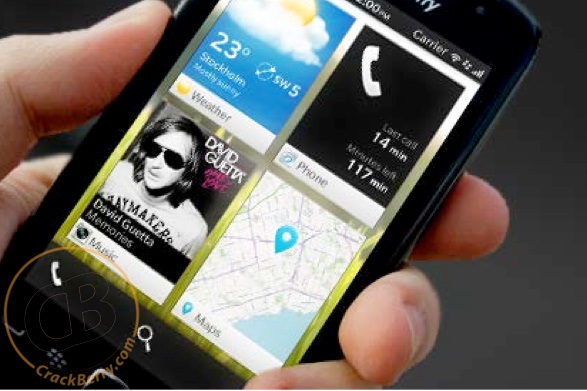 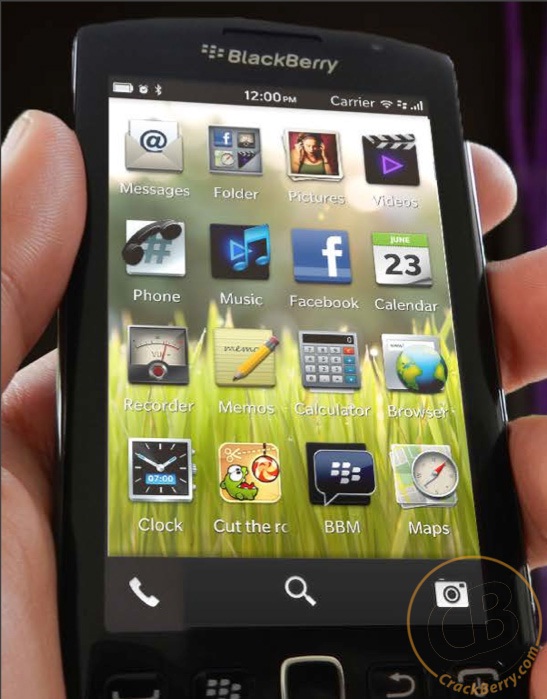 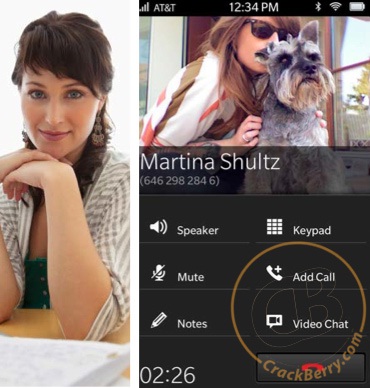