Home » Pinterest is rolling out Emoji reactions to encourage feedback

Pinterest is rolling out Emoji reactions to encourage feedback 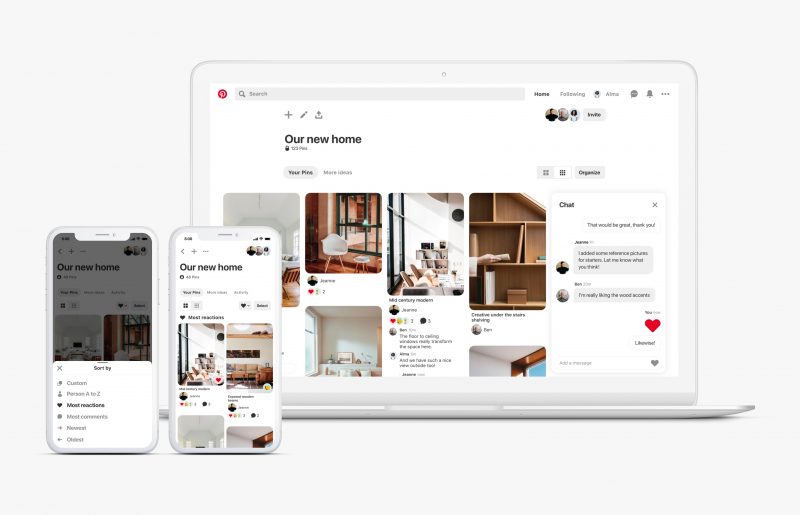 Pinterest users will soon be able to sort Pins within group boards by reactions and comments, the company has announced. This, according to the world’s largest catalog of ideas will come along with the time that each of was Pinned. This latest move is geared towards making the Group Boards option more engaging for its users.

“Today we’re introducing our latest collaboration tools for Group Boards to make planning life moments and working on projects with others even easier, including reactions to show feedback, the ability to sort Pins to prioritize favorite ideas, and a new way to communicate with members right on the board.”

Now, Pinterest has launched some new reactions just like Facebook’s Emoji reactions that will give you quick feedback on Pins. The reactions will enable you to show others in the group which ideas you are most excited about. Simply click on from an array of reactions alongside a Pin including a heart or clap to show how much you love an idea, or a lightbulb to express how you have been inspired by the Pin or a question mark to show you would love to discuss an idea more.

To top it up, there is a new sorting feature to help you organize Pins by reactions and comments to prioritize the most popular ideas so you can move a project to the next level. Pretty soon, you will be able to sort by the Pinner who added the idea, and when it was saved.

The aforementioned features are rolling out soon alongside a redesigned space for communicating with your group right on the board. This would make it easy for members to quickly track the latest thoughts in one place.

In other related news, Jane Manchun Wong reports that Pinterest is currently testing Dark Mode, and hopefully that would be followed by a global roll out in the very near future. I would personally love to see how the app would look like when it is officially launched as that would make an already cool app even more beautiful.

As expected, there is nothing much to say about features being tested—especially when you consider the fact that the information is not coming from Pinterest itself. Better late than never; this is coming at a time virtually every major social media platform has adopted the Dark Mode feature.

So, like I already said, it would be nice to see users able to use Dark Mode on Pinterest—it would make the platform even more beautiful.