Nokia has released the promised update for Lumia 800 that will fix battery performance and Wi-Fi issues.

According to the Finnish phone maker, a software glitch caused the problems for Nokia Lumia 800 users, and now the company announces the roll out for the fix, which will happen in steps over the next two weeks.

“The update will not be delivered to every Lumia 800 simultaneously, but rather will be staggered over the next two weeks through Microsoft’s standard update process. This helps each owner gets the update without any hitches. Around half of owners will get the update in the next seven days, with the remainder over the following seven days,” said Nokia’s post on the Nokia Conversations blog.

However, not all Lumia 800 smartphones have this problem so the update (version 1600.2483.8106.11500), which also includes some Wi-Fi connectivity enhancements, may not be relevant for those who don’t have the issue.

Nokia Lumia smartphones will automatically check for updates now and again so owners will receive a message when it is available for download. 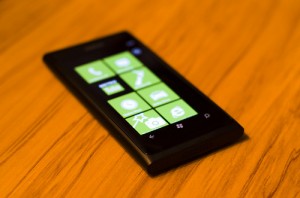 The update will come via Microsoft Zune or Windows Phone 7 Connector for Mac users.

“Once you’ve received the update message, attach your phone to your computer using the USB cable. In Zune, from the Applications section, go to phone settings->Phone update to install the new software. On a Mac, click on the device name in the left-hand pane and then on ‘Install update’. There are more detailed instructions on the product support pages, if you need them,” Nokia added.