Nokia has revealed its plan to lay off an additional 10,000 employees worldwide due to worse-than-expected second quarter losses.

The Finnish phone maker’s announcement to shake off 10,000 jobs by the end of 2013 brings the planned job cuts to over 40,000 since Stephen Elop took over as chief executive officer. The company still scrambles its way in the smartphone market, where Samsung has overtaken it as the world’s top phone maker in terms of sales and shipments. Additional movement related to the job cuts includes restructuring charges of more or less €1bn by the end of next year.

Nokia also disclosed that some of its executives will exit the company effective July 1, namely Jerri DeVard, Mary McDowell and Niklas Savander.

“These planned reductions are a difficult consequence of the intended actions we believe we must take to ensure Nokia’s long-term competitive strength,” Elop said. “We intend to pursue an even more focused effort on Lumia, continued innovation around our feature phones, while placing increased emphasis on our location-based services.”

Carolina Milanesi, a consumer device analyst for Gartner, pointed out on the phone maker’s planned layoffs and staff reshuffling, and apparently remained confident about the company’s future, saying,

“Nokia continues its mutation into a slender more agile company by focusing on opportunities to differentiate such as imaging and maps.”

“In Nokia’s management reshuffle it’s great to see Chris Weber as VP of Sales & Marketing. Chris has done a great job in the US with Lumia. Mary McDowell is responsible for Nokia Asha – a great addition to Mobile Phones. Shame to see her go but Timo Toikkanen has solid background.”

After the announcement, Nokia added that its luxury phone division, Vertu, now belongs to EQT VI, a private equity firm, at an undisclosed amount. 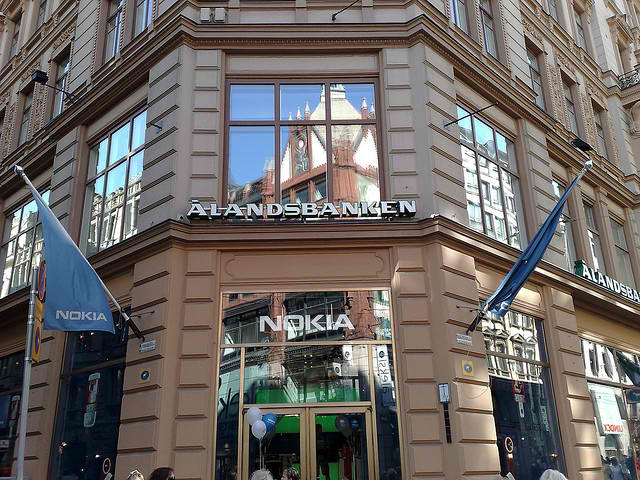 Nokia plans to cut another 10,000 jobs next year due to worse than expected second quarter losses this year. (Image: Darla Mack, via Flickr / CC)