Nokia, still struggling against essentially a duopoly dominated by Apple and Samsung in the smartphone space, has been in clear trouble since last year.

Nonetheless, the Finnish handsets maker – once regarded as the undisputed king in mobile phones – seems to be holding true to their announced path: sell as much feature phones as possible and transition to Windows Phone as their high-end smartphones’ operating system.

However, Nokia CEO Stephen Elop, a former high-ranking executive of Microsoft, has indicated that if given the chance, he would have changed some decisions that Nokia has made recently.

But before you get carried away thinking he’s admitting that killing Symbian and replacing it with Windows Phone was wrong, it’s not that.

According to Horace Dediu of Asymco, the Nokia chief has voiced regret in an interview with a Finnish newspaper. Dediu writes that Elop said: “The past year and a half have had situations where we might [have done] some things differently if we had known [things were] changing so rapidly, even faster than anyone could have predicted.”

“One example of this is the Android phones prices in rapid decline in market such as China. It has happened so quickly that Nokia’s situation has become more difficult in the short term, but we continue to refine our strategy. Each time the future is difficult to predict, the situation is difficult.”

That’s just one example, however, so it leaves space for us to imagine whether Nokia now regrets choosing Windows Phone. 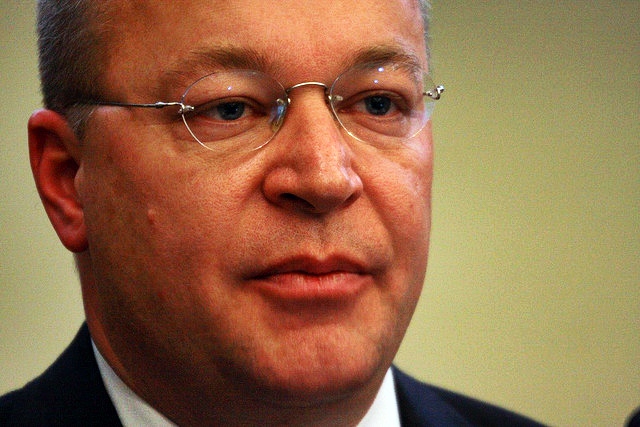 What regrets are running through Nokia CEO Stephen Elop’s mind?