MySpace’s Australia office has finally closed down with the departure of MySpace executives Nick Love and Rebekah Horne.  MySpace’s Australian affiliate has been operating with reduced staff since it was announced in January the workforce would be cut and advertizing and sales functions would be outsourced. 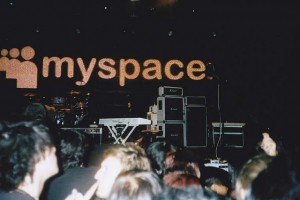 The Australian MySpace office was one of the company’s biggest non-U.S. outposts, with 30 employees in January 2011, but sources reported on Friday all will be let go, including Managing Director Nick Love.   Closure of the MySpace Australia outpost is expected to be complete by the end of the month, according to a MySpace spokesman based in the U.K.

Rebekah Horne, an Australian native who has divided her time between the U.S. and Australia in her roles as Managing Director and Senior VP of International Affairs, will stay on a bit longer than her other colleagues.

The new Australian MySpace entity will evolve towards a local partnership in order to manage sales and advertizing.  Horne will help manage a transition team to hand over operations.