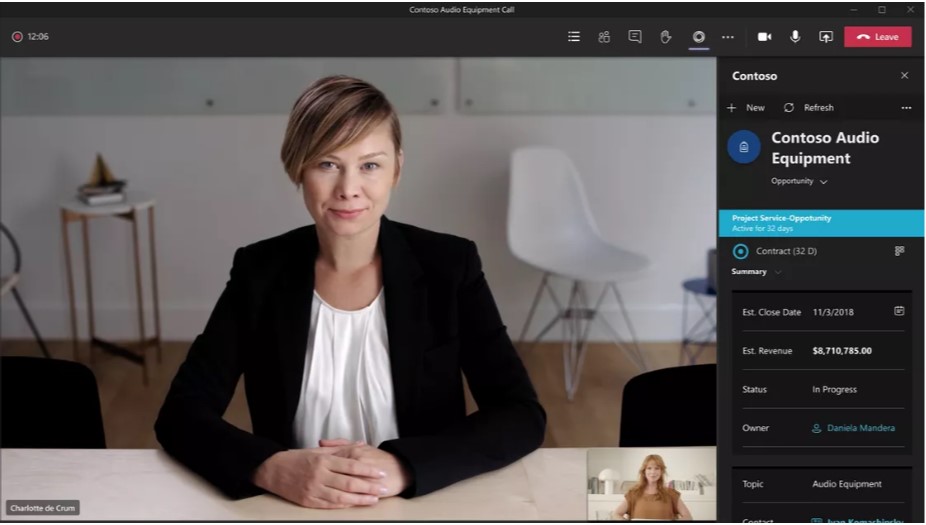 During video calls, before and even after meetings, the latest feature will let apps integrate with Meets. Third-party apps, according to The Verge, will be able to display content during Microsoft Teams calls, and even be able to display notifications during calls.

“Applications can span across chat and collaboration and easily have a workflow that expands into meetings now,” explains Michal Lesiczka, a group product manager of Microsoft Teams, in an interview with The Verge.

Apps will be able to add a tab to meeting invites where Teams users can then interact with the app before the start of a meeting. As soon as a meeting begins, participants will be able to pull apps into the live call. Apps that can be pulled could include bots that trigger live notifications about events while a Teams meeting in on or an app that shows information to participants in the sidebar. Apps will also be able to appear as a button in the meeting controls bar.

Developers have always wanted the ability to do more than screen sharing during meetings. “Okay, we can integrate and enable scenarios in these other areas, but in meetings, we want to be playing there as well,” said Archana Saseetharan, a group product manager of Microsoft Teams, in an interview with The Verge. “We are enabling new APIs and SDK capabilities for developers to integrate and target these new areas. It is the same development process, the same publishing process, the same validation process. Everything is the same, but you have these three new capabilities to go target.”

Last month, Microsoft announced the expansion of participants who can be visible in a meeting to 49—exact same number allowed to be visible in Zoom. Being able to see the faces of people in same meeting as you is an added advantage, and helps to make conversations smooth and encouraging. For those in classes, this should serve as one of the best piece of information coming out from Microsoft because it makes learning more convenient and lots of fun.

Though, previews have become available since last month, availability is not expected until fall. To make this possible, the Teams’ grid view has been expanded to 7×7, which will allows for a maximum of 49 participants on a single screen. The tech giant also added that educators will from this fall be able to create virtual Breakout Rooms to enable students meet and collaborate in small groups.