Home » LG Nitro HD Shows Up Ahead of Official Launch

LG Nitro HD Shows Up Ahead of Official Launch 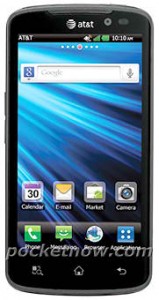 The LG Nitro HD has appeared ahead of a launching event through its first official photo.

The Nitro HD is not altogether new since it is just a modified US version of the LG Optimus LTE for AT&T customers.

LG will launch the Nitro HD on AT&T’s new 4G LTE network and will go up against Verizon’s upcoming Samsung Galaxy Nexus and HTC Rezound offerings.

The firm has yet to announce pricing details and date of availability for the device.