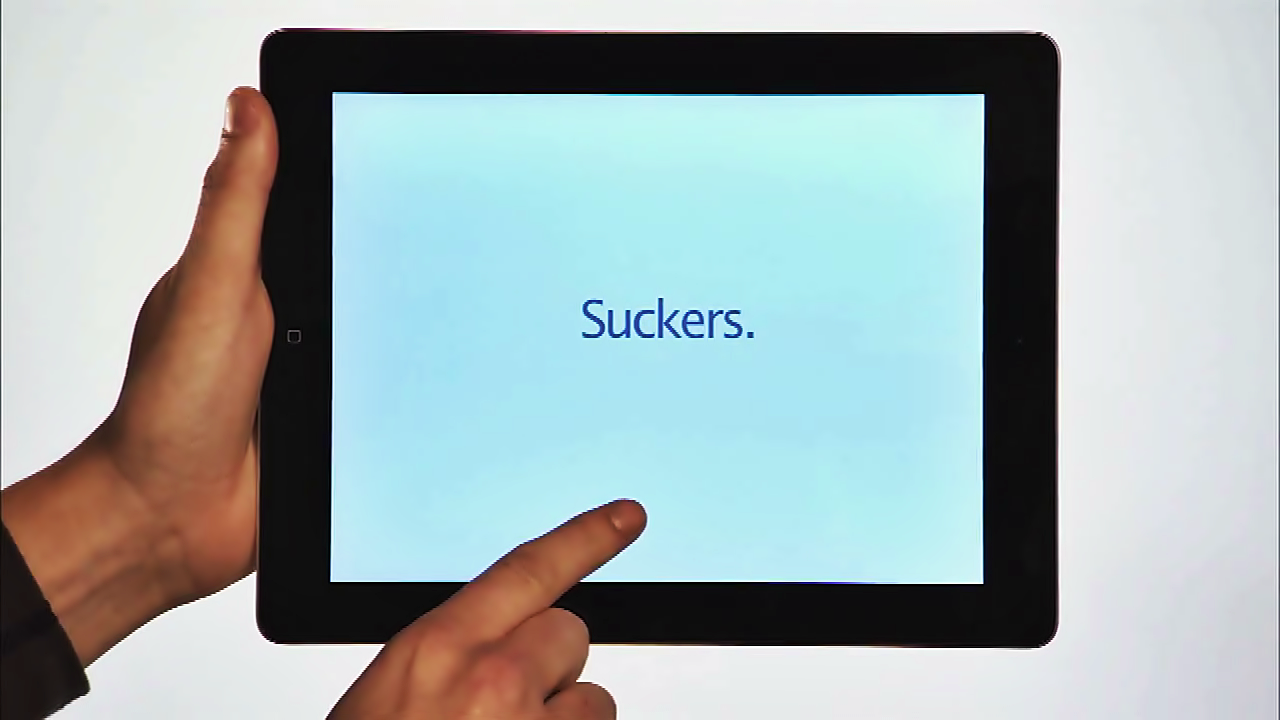 Jimmy Kimmel is known for a lot of things and one of them is making fun of Apple and its fans every time the iPod-maker releases a new product such as the iPad Mini.

In one of his latest shows, the host basically says Apple has released only an iPod since 2001, albeit different interpretations of the consumer electronics gadget.

On a more serious note, however, he said that: “Anyone standing in line for an iPad Mini in New York and New Jersey this week should be punched in the throat, right? If you have that kind of time, volunteer for something.”

Anyway, in the parody ad lambasting the iPad Mini, the narrator goes on to show how Apple has released just different versions of the iPod since its inception early last decade.

The video also hints that Apple is milking people who buy Apple products which are made to appear to have just incremental differences from each other.