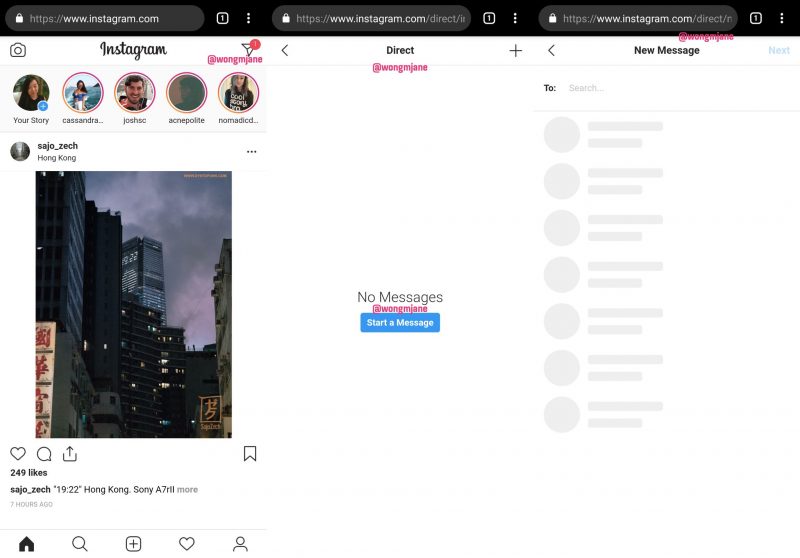 It looks like we might soon be able to send direct messages on desktop as Instagram is already testing a feature that will make that a reality. According to reliable Jane Manchun Wong, the ephemeral picture sharing app is currently testing the feature, and may soon be available to users.

As usual, Jane took to her Twitter page to post the story—supporting it with a screenshot of the soon-to-be added feature. Unlike the main app, desktop experience on desktop is nothing to write home about, and users barely have much to enjoy when using Instagram on the web. Despite the imminent addition of the new feature, users may still have to wait to directly upload photos.

Direct messages on desktop is a major sign that changes are coming, and users might be in for a good time. Previously, users were only restricted to accessing the service via a mobile app.

Back in September, Instagram added browser notification on desktop, which was a big indication of the direction the Facebook-owned company was heading to. Users who usually log in to the platform via Google Chrome can turn on notifications, and get notified when they get new followers, likes, and comments. The same applies to the light version of the app, Instagram Lite, which of course, which is still being tested by the Facebook-owned company.

This update still does not take the Lite version of the app and the web app to the level of the main Instagram app. However, you can still view your timeline, upload pictures, post new Stories, and search among other things that you do.

Facebook is currently working to interconnect its trio of app of Messenger, WhatsApp, and Instagram. The plan according to the report, is to allow for cross-messaging between all three. Each service is expected to remain as a standalone app, while the underlying infrastructure will be rebuilt. The end result is so that users might use only one of Facebook’s properties to communicate with others within the same ecosystem. Just like in WhatsApp, all three apps will support end-to-end encryption.

How Facebook handles the issue of privacy as it is almost certain that data will be shared among all three of them is the big question. How do I engage other users across all three apps without exposing my phone number, personal data, and other vital information? That is the big question begging for answers—and hopefully it does not become a big issue later.