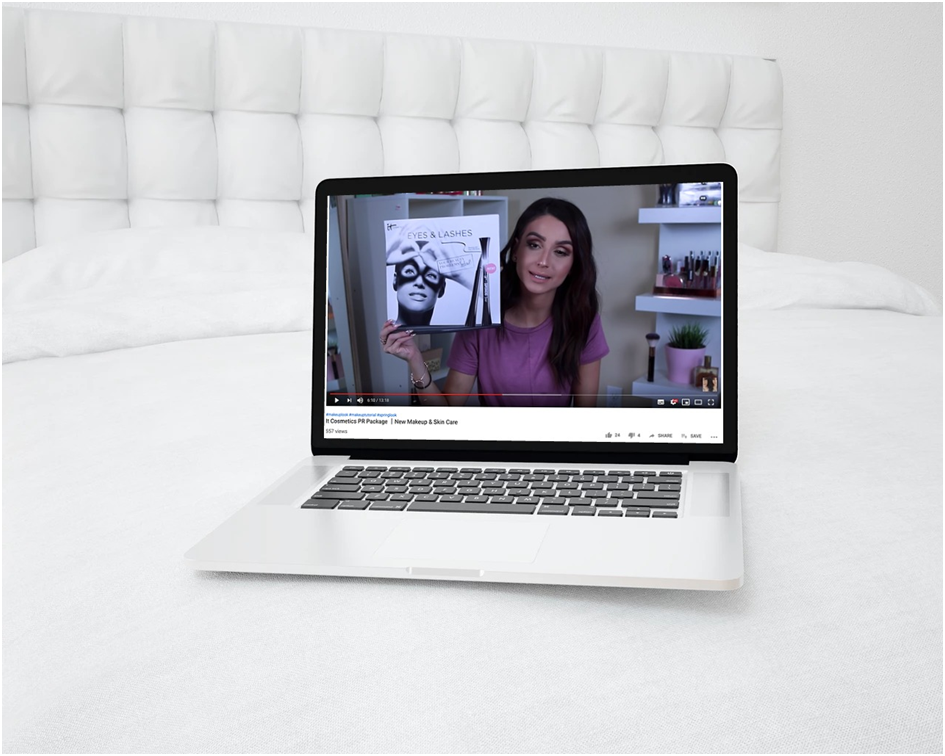 Vibrant commercials and magazine spreads are no longer the marketing priorities of today’s makeup brands. Nowadays, outbound marketing isn’t just about print, or even about digital — it’s about engagement, and the people who offer this engagement are social media influencers.

More and more some of the biggest brand names are throwing influencer events and forming special sponsorships to stay at the forefront of the increasingly more competitive industry.

Then, spotlight was put on the specific products or brands a recognizable celebrity would use every day. Now, brands are spending marketing dollars on social media posts to tie themselves to well-known personalities who make a living on being personable and relatable on social media.

Sceptics and old school marketing executives may think this strategy is crazy, but it’s becoming increasingly more evident that the more influencer sponsorships and campaigns a makeup brand runs, the more likely it is to inundate a demographic’s feeds and pique their interest.

These are ways makeup brands are dominating the social media sphere:

Social media is now an integral part of makeup marketing campaigns. Oftentimes, brands establish a campaign mission and slogan, that is then used by a team of influencers across platforms.

Marketing 101: You need to see something at least three times for it to resonate. 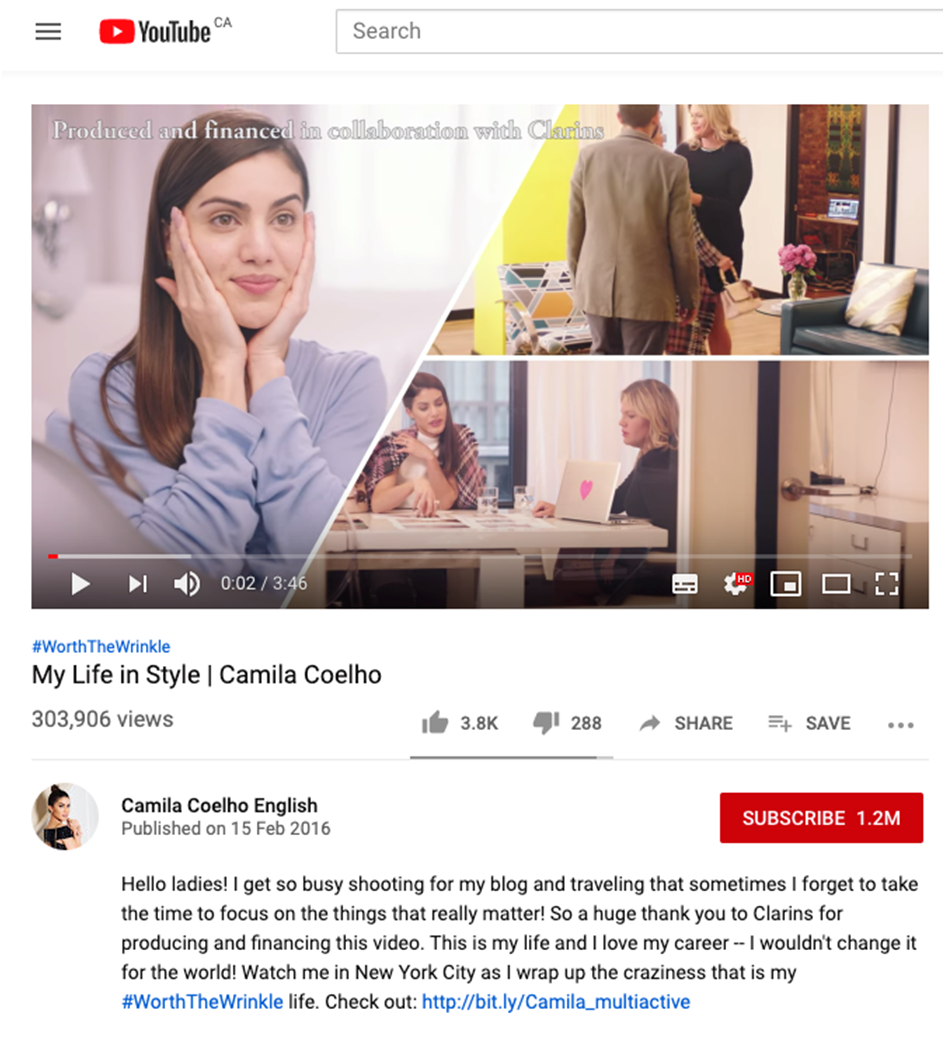 A handful of influencers will lead this type of campaign by using the same hashtag to unify the brand’s timely message tied to an initiative. This may be a new line, promotion, rebrand, you name it.

An example of this is Clarin’s 2016 #WorthTheWrinkle campaign that had four fashion and lifestyle influencers share their story. Camila Coelho, CarlieStylez, Shameless Maya and Chriselle Lim all produced two videos about their #WorthTheWrinkle moments.

Makeup brands are upping their social media presence by sending perfectly assembled press packages to select influencers and having them unbox these packages on their YouTube channels and Instagram stories — based on the agreement that the brand made with the influencer. 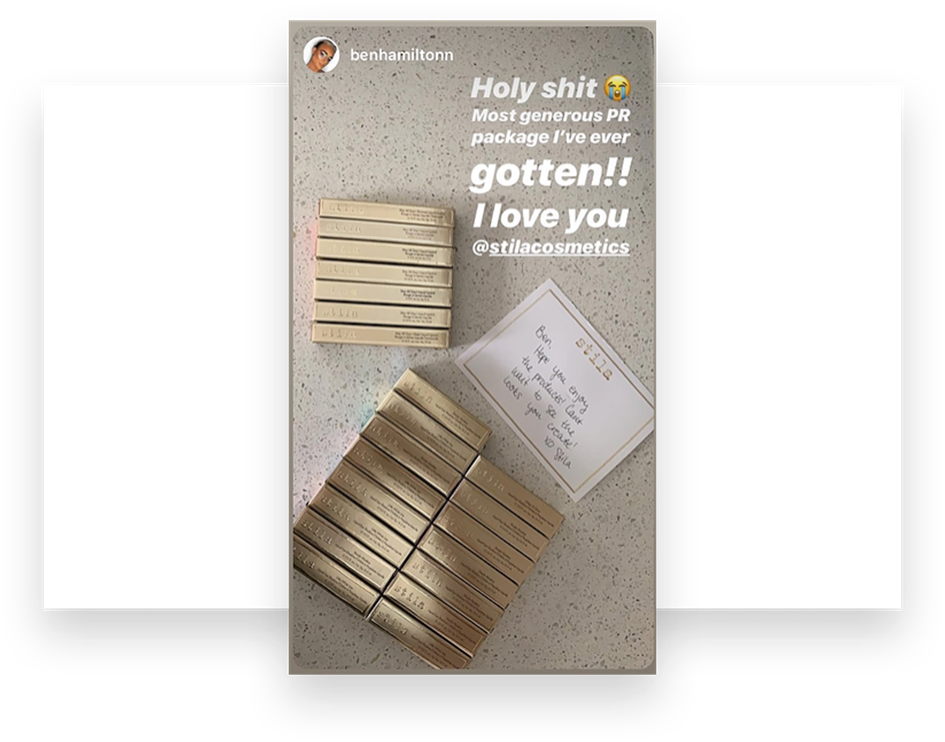 These packages are typically showcasing a new product, line or initiative – but they are all created to be unique and aesthetically pleasing, to make them visually engaging when seen on social platforms.

Sometimes brands don’t only have influencers talk about their product. Sometimes they even have influencers design products as part of a special collection that the guru can then promote on their platform. Major Influencers like Jenn Imm, Jacyln Hill, James Charles and many more big names have released makeup products and lines with notable makeup brands. Olivia Jade also had multiple collections in the works with high profile brands before they pulled out of the deal following her college scandal.

An increasingly more popular brand strategy is to host vibrant vacations for influencers – this is obviously one of the most expensive social media marketing efforts, as it requires covering food and accommodation for a group of people.

That said influencers will document their week as it happens on live platforms like Instagram or release an entire video on YouTube – or both dependant on the agreement made. This is also a great networking opportunity for influencers, making it something both parties can get a lot out of.

The clothing brand rRvolve kickstarted this trend a while back by hosting weekend trips and boarding influencers at Hotel Revolve during Coachella. In 2018, the brand took a big group of a-list influencers to Utah. Considering that their hashtag #revolvearoundtheworld has been used on over 56K posts, it makes sense that more and more makeup brands are following suit.