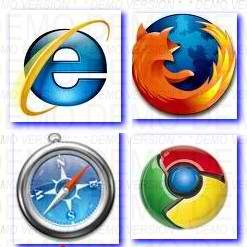 According to Net Applications, IE7 took 7.04 percent browser usage share in May, and Firefox 3.5 and Safari 3 have diminutive share; enough reason to send them to the browser afterlife.

Venkat Panchapakesan, Google VP of Engineering, writes in a blog post, “In these older browsers you may have trouble using certain features in Gmail, Google Calendar, Google Talk, Google Docs and Google Sites, and eventually these apps may stop working entirely.”

“Older browsers just don’t have the chops to provide you with the same high-quality experience.”

“Beginning August 1st, we’ll support the current and prior major release of Chrome, Firefox, Internet Explorer and Safari on a rolling basis. Each time a new version is released, we’ll begin supporting the update and stop supporting the third-oldest version,” Panchapakesan writes.

This means that Google will stop support for older browsers every few months.