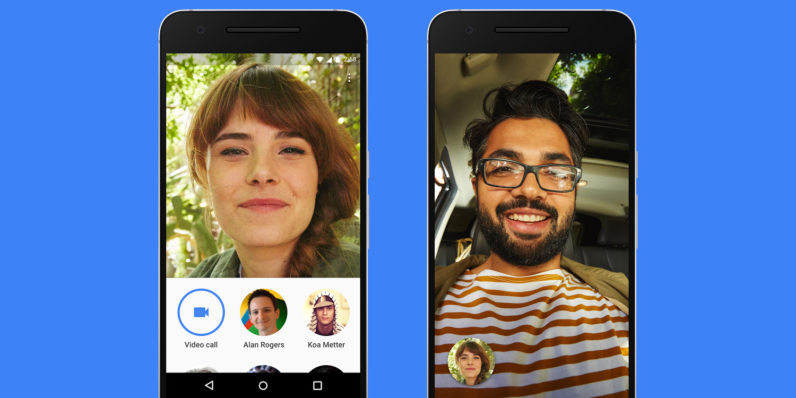 Google seems to be hitting the right chord with its video calling app—Duo. Google Duo has welcomed a new feature that allows you to react with emojis in video messages. Emoji reactions was added to the video calling app a couple of days ago, but has still not gone round since not every user has noticed it.

Per 9to5google, the new emoji reaction feature allows you to quickly respond to a video message with a laughing emoji—supposing the received message is a funny one. Potentially, it means you will be able to quickly and easily react to those funny messages sent by your contact with an emoji even if you lack the right words to say.

For a start, eight emojis are available to users to react to a video message. The one who sent you a video message receives a notification from the person that sent a reaction. For group message, everyone can see the reactions of others in the group.

The roll out is a global one, and if you have not yet seen it, then you may want to update the version of your Google Duo to the latest one from the Play Store. Please feel free to share your experience with us by using the comment box below.

Last October, Google Duo added the ability for you to see contacts that often use the app before calling. This will help a great deal as it will enable you to know those users who use the app often, and allow you to focus on them. What is the point in trying to call those people who barely use the app—I mean a once in a month user is unlikely to respond to calls compared to someone who is always active on the app.

That update allows you to see new labels next to people who often use the app. This can be seen when scrolling through your list of contacts on Duo—the labels beside their names will read “On Duo often.” With this, you can easily figure out who is more likely to pick your call or respond to your message.

That, however, was not the only change made to the video-calling app at the time. The app now boasts of another small, but important feature that reminds you that your phone number will be visible to anyone you reach out to. The new feature is called “Calling as,” and is available v64 of Google Duo.

The very popular Dark Mode finally arrived on Google Duo earlier in October. The video chat app received a server-side switch of the feature; and adds to Google’s impressive list of apps that have welcomed the feature. Dark theme on Duo is not different from what we have seen in other Google apps. It uses the same grey shade as apps earlier released by Google. The grey share appears throughout the interface, with the text elements getting switched to light grey or white.