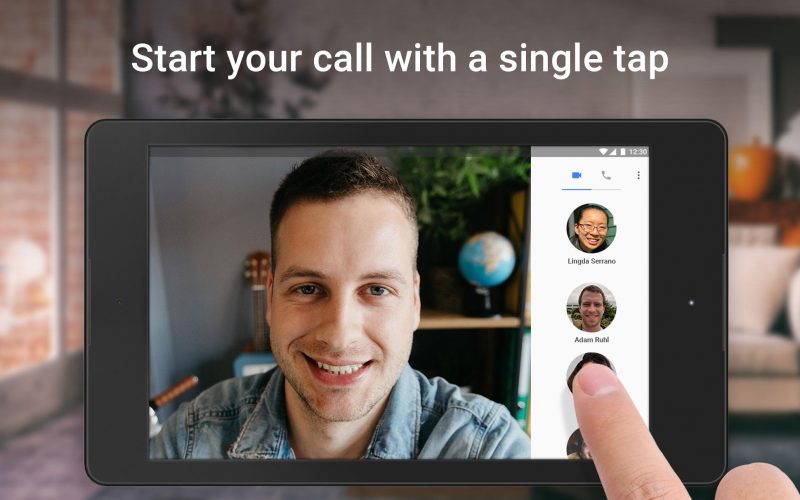 Google’s video messaging app, Duo has hit 1 billion downloads on the Play Store. The video-calling app, which was launched over two years ago, has gradually added some useful features and integrated with some other apps to grow its user base. Those efforts have now started yielding results as users continue to embrace the use of the app.

Duo was launched alongside Allo in 2016, but while the video-calling app grew its user base, the later stagnated, and is now being killed off by Google. Hitting 1 billion downloads on the Play Store is not a small achievement. Shortly after its launch, Duo climbed to the #1 spot in the Play Store top downloads, and remained there for a while.

Duo’s growth may have been helped by the fact that it comes preinstalled on many Android devices, still the app is not a bad one in terms of improvement. 1 billion downloads/installs in two years is something to be proud of for Google.

Last April, Google added an email address option so you can call your buddies via their Gmail address. Version 31 of the app came with the option to link your Google Account with the service.

Earlier in the year, Google also added video voicemail support. The update allows you to send your message across to those contacts that are usually too busy to pick your video calls. You can leave up to 30-second messages for your contacts who will in turn be able to see them in the Duo app. Your contacts could decide to respond to the video voicemail message once they see it. You can also decide to either pick the video call or let it go to videomail.

Tap a name of a contact you want to call, while the call is ringing, tap “Leave a Video Message” or “Leave a Voice Message.” After a countdown that lasts for 3 seconds, record your message, and then tap to stop once you are done. You can preview your message before sending it or just tap send and you are done. However, you can start recording your message after a call rings for 60 seconds without any answer from the other end.

To play a received message, simply do the following: Open the Duo app, messages will show by your contact’s name, tap play, and then download or delete the message or call the person back. A message will be available for 24 hours after playing it unless you download it. All downloaded messages will be saved to your device.

Truecaller users also have the additional ability to do other things besides using it to identify or stop annoying calls. The Google Duo functionality can be seen within the Contact section under a selected contact. With this integration, you will be able to make video calls in addition to being able to make voice calls.