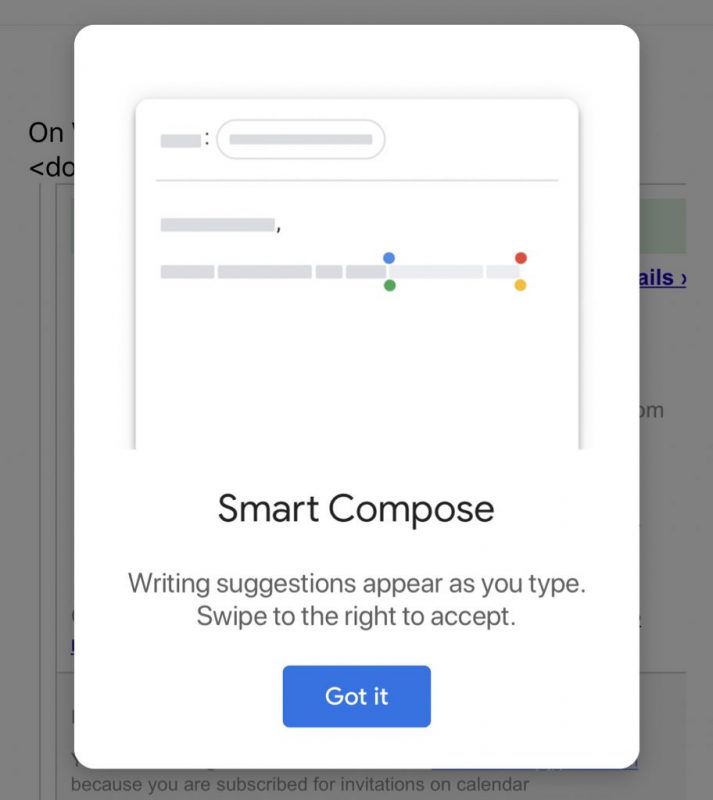 Finally, iPhone users can now use Smart Compose; a feature that was launched sometime last year on desktop, and not long after on Android. Smart Compose became instantly popular when launched on Google’s popular email service. It saves a lot of time when composing an email—allowing you to have more time for other things.

Google first rolled out Smart Compose exclusively on Pixel 3; but later brought to Android phones. iOS users were actually expecting the feature to be available on iPhones same way it was rolled out on Android, but things didn’t actually turn out as expected. Finally, it is a dream come true and iPhone users can start composing email with the intelligent feature that suggests words even before a sentence is completed.

Unlike what you have when using the feature on desktop, you will have to swipe on the text to accept the suggestion, or just keep on typing if you have something else in mind. This is not different from what we have on the Android version—swipe on a text to accept suggestions.

Google announced Smart Compose at the 2018 Google I/O conference. The feature is almost like the smart reply feature the company added to its email app. It will help users compose and send email faster.

By adding the feature, users can save time by reducing repetitive writing as well as the possibility of spelling or grammatical errors. It is not that different from predictive text when sending messages via your messaging app.

A couple of months ago, Google added support for four more languages. Portuguese, Spanish, French, and Italian languages to make Smart Compose accessible to more people around the world.

Google announced this while celebrating its 15th anniversary. According to the company, Smart Compose, which is powered by artificial intelligence, has saved users the stress of typing more than 1 billion characters. That is a huge figure considering the fact that the feature was only launched on desktop last year, and added to mobile just this year.

Aside the four new language support, the feature is now able to personalize suggestions for you. Using Google’s example, if you would rather say “Ahoy,” or “Ello, mate” in your greetings, Smart Compose will suggest just that. It can also suggest a subject line based on the email you’ve written.”