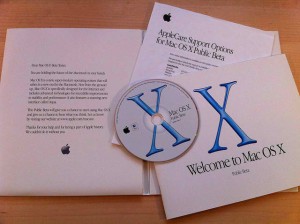 The Flashback Trojan epidemic across hundreds of thousands of Mac OS X computers is gradually falling and has now cut down from roughly 600,000 to around 140,000 infected units.

According to a blog post from security firm Symantec, the infection count is waning daily, thanks to firms that provide cleanup tools and Apple’s recently released patch.

Symantec, however, notes that while numbers are declining, it had previously thought a larger drop in infected units.

“The statistics from our sinkhole are showing declining numbers on a daily basis. However, we had originally believed that we would have seen a greater decline in infections at this point in time, but this has proven not to be the case,” it said. “Currently, it appears that the number of infected computers has tapered off, but remains around the 140,000 mark.”

The firm believes the still-infected units have not went through any of the many cleanup tools, and added that if Mac OS X users with the trojan had applied the patch or use a tool, a “dramatic” decline would have happened.

The Flashback Trojan infections have pulled the limelight from various security firms, most of which also offer solutions to remove it, and many boldly criticized Apple for allowing the system to spread beyond control.

“The reason for the Flashfake epidemic is hardly down to the naivety or slackness of Mac users. Apple itself for many years now has been cloaking users in a false sense of security concerning Mac OS,” wrote Eugene Kaspersky of Russian security firm Kaspersky Lab earlier this week. “All this time Apple has ignored the oft-repeated warnings of IT security experts and continued to pull the wool over its customers’ eyes.”