Mozilla is making improvements to its Firefox web browser, the second most used web browser on computers, in order to gain more traction and market share in mobile computing, where browsers like Google’s unbranded Android and Apple’s Safari web browser are built into the device and dominate the mobile market. Mozilla, by contrast is not part of the operating system of mobile devices and must convince the user to make it so. 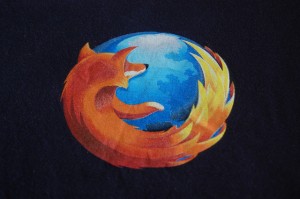 Mozilla is expanding development of Firefox for the Android, improving performance, decreasing power consumption, and adapting it to the tablet, because it understands that mobile computing is steadily moving into the mainstream and no longer popular with just technophiles or just the rich folks who enjoy the status of having the latest must have Smartphone.

It will be difficult for Firefox to become an integral part of mobile devices the way Google Android and Apple’s Safari are, but it is working hard at making improvements that will attract consumers.   Jay Sullivan, Vice President of Products for Mozilla, explained why: “Smartphones and tablets are where the next billion people will expect their personalized experience to be available to them, anytime, anywhere.”  Sullivan said in order to find a place on mobile devices, “we will have to deliver value on major OSes, whether we are allowed to ship our own browser engine or not.”

Mozilla has some work to do. Dave Mandeline, a Mozilla programmer recently took part in Google discussion about what Firefox must do in order to operate better on ARM processors, which are used on many Smartphone and tablet devices. “If you have a powerful device, Firefox performance is in many ways pretty good. But UI (user interface) responsiveness and memory usage seem to be in pretty bad shape. So we need to get better measurements and start improving performance in those areas, today.”