By this time, probably you have learnt that Facebook has unceremoniously replaced Skype from its video calls by its own similar service. Now the company rolls out free video calling feature to Facebook Messenger app on Android and iPhone. You can enjoy it over WiFi or mobile data.

While chatting with your friend in Messenger, if you feel that words are just not enough, you can start a real time face to face video conversation right away. To watch and talk, simply tap the video icon found on the upper right corner of the messenger chat screen. 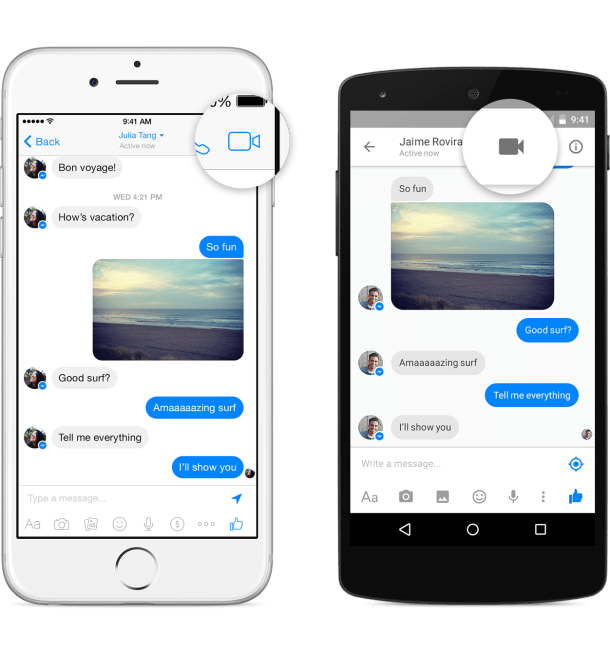 With the launch of video calling on Messenger, Facebook is going to compete directly with similar established services like Microsoft’s Skype, Hangouts by Google and Apple FaceTime. While the average users may not expect some new earth-shattering stuff from Messenger’s free video calling service, but it would bring something useful to the businesses around there. Yes, I am talking about Facebook at Work and business messaging.

Despite there are some ‘shocking’ social media statistics among the US people, Facebook Messenger has now over 600 million global active users per month who are making about 10 percent of the total internet aided phone calls. The social networking site would not make a profit from the latest video calling feature, but it will certainly keep people engaged with Facebook. That means the social platform simply wants people to grow a Facebook-centered communication habit, and that’s it. Apparently, this strategy is working.