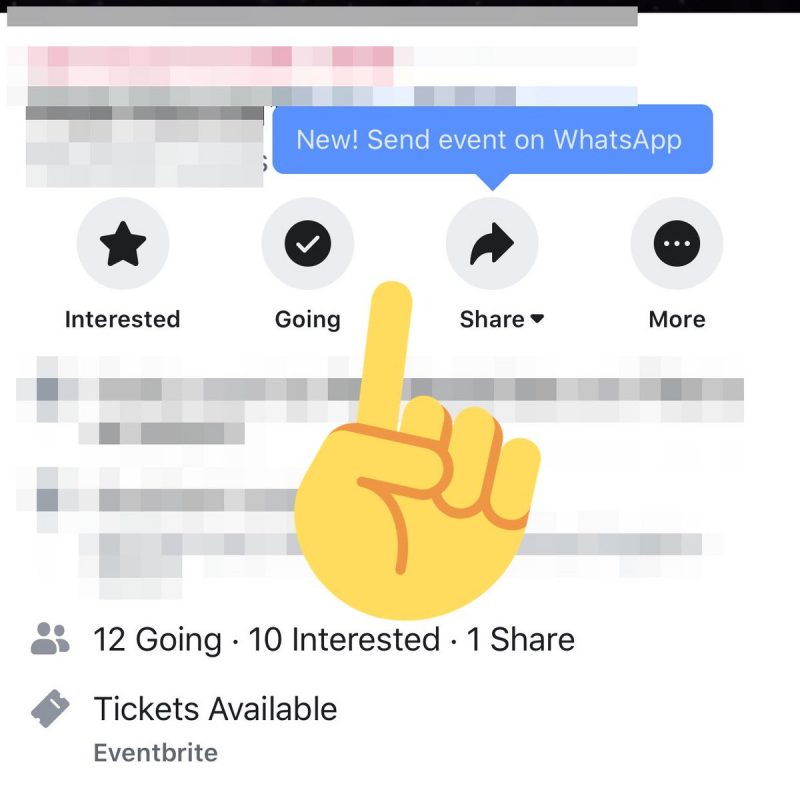 Facebook continues with its line of integrating its owned apps by adding a “share to WhatsApp” button for events. It is the latest in the company’s plan to make people stick or do everything within its popular apps including Instagram, WhatsApp, Messenger and of course, Facebook.

The new share button was captured in a screenshot posted on Twitter by Matt Navarra, and appears to be in use already. From what I gathered, it doesn’t look like a test, which means it is already a global roll out.

Facebook events is not doing too bad, but getting a chance to share your events to your WhatsApp contacts will probably give it a big push. Last month, WABetaInfo, a well-known and respected tech blogger reported that you will soon be able to share your Status to Facebook and other apps.

*I think I had, or spotted, this feature earlier this year pic.twitter.com/zssDzWEn0M

The feature was spotted and reported by WABetaInfo a couple of months ago. Users that have signed up with the WhatsApp beta program will start seeing a new sharing option underneath their status. The new sharing option will let you share or post a status directly to your Facebook story or send it to another app like Google Photos, Instagram or Instagram.

The direct link to share your status to Facebook notwithstanding, WhatsApp has assured that both [Facebook and WhatsApp] are not being linked. Per The Verge’s John Porter, WhatsApp said what it is doing is not different from what other iOS and Android-sharing APIs are currently doing. All shared status will be treated as separate events in Facebook’s systems, and they won’t be linked. Status on WhatsApp will be shared solely at the user’s discretion, and won’t be automatic.

Earlier this month, we told you that a new button that will let you share your stories was spotted by Ahmed Ghanem, which will let you share stories to other apps. Stories has enjoyed tremendous attention since it was launched a couple of years ago by the Facebook-owned app. The fact that it is one of the most updated functionalities in the app is a clear statement to how highly Instagram rates it.

A “share to” button will let you share your stories to more apps, which encourages wider and bigger reach. Stories on Instagram is already very popular, but the fact that you can now share it with more people makes it even more interesting. For marketers, it is one more way to reach out to millions of people via other apps—and it is a plus.

Recall that Facebook once said it was working on interconnecting its trio of apps, which will allow users to use WhatsApp, Instagram and Facebook seamlessly. Whether this is a great idea remains to be seen, but all seems to have gone quiet since the report surfaced online a couple of months ago.