Facebook has reported a steady growth for the second quarter of this year. Despite its challenges, the social network managed to reach over 3 billion users worldwide across its slew of apps. 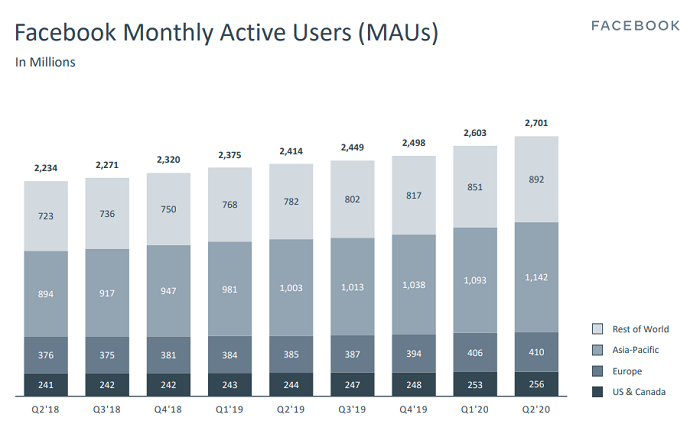 The growth rate skyrocketed over the past two quarters. More people looked for pastime activities as distraction amid the COVID-19 pandemic. With the piling adversities, including its efforts against hate speech, you might have expected an impact on its momentum.

But numbers do not lie in the latest Facebook earnings report.

Most of Facebook’s audience growth in the Asia-Pacific saw a solid response. India went on its own digital shift. Facebook recently bought a stake in Indian mobile provider Jio. This investment will have the firm build an eCommerce platform in the country. And Facebook will be the key platform for the nation’s citizens.

Facebook-owned Instagram recently launched its TikTok-like service Reels in India. When the Indian government banned TikTok, along with other Chinese apps, the country was TikTok’s second-biggest market. Over 200 million  Indians were using it before its removal. This opens a new door for Facebook to strengthen its growth in the region. 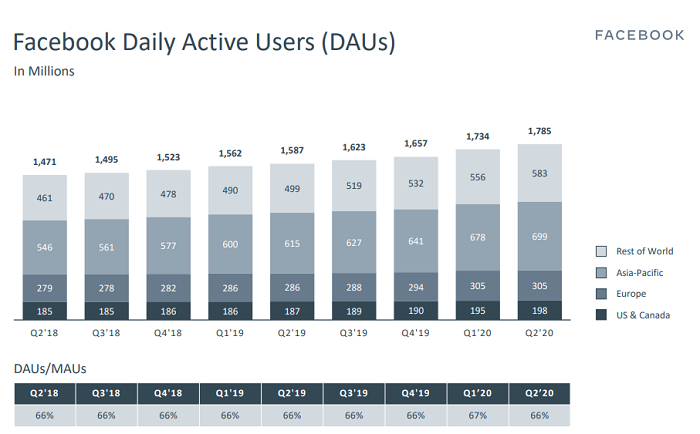 The social network saw high engagement, as 66 percent of its monthly active users logged on daily. This has been a consistent figure over the past quarters.

Time spent is missing in the latest Facebook earnings report, however. While people log into Facebook regularly, the time they spend in the apps would be an interesting number for advertisers and marketers. Time spent could help align ad spend with actual usage. Facebook did not release this figure. 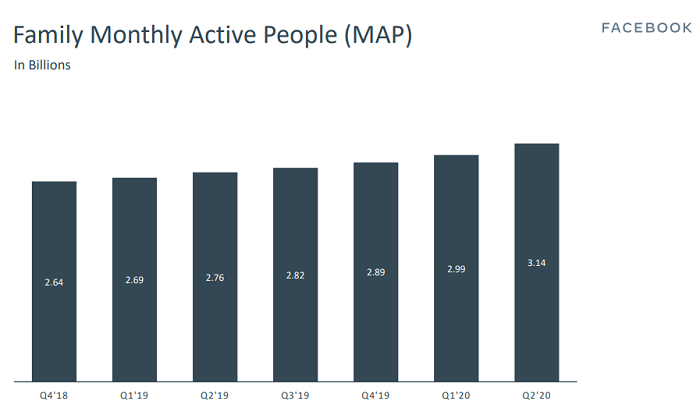 From that number, over 440 million users do not access the Facebook at all. Most of its monthly active users are on WhatsApp. It is the dominant messaging app in several markets worldwide.

From the latest Facebook earnings report, the firm has an opportunity to monetize its other platforms. And it even has yet to implement fully its strategy for WhatsApp.

Facebook’s revenue increased by 11 percent. It had $18 billion for the second quarter. 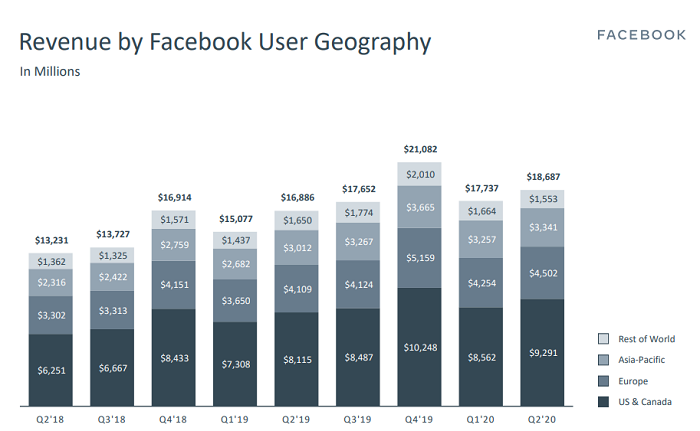 The firm’s revenue growth slowed. But it beat analyst estimates. Shares rose 8 percent after the release.

Facebook said it expects the third quarter results to be within range of this report. It expects to see a lag in user growth.

“More recently, we are seeing signs of normalization in user growth and engagement as shelter in-place measures have eased around the world, particularly in developed markets where Facebook’s penetration is higher. Looking forward, as shelter-in-place restrictions continue to ease, we expect the number of Facebook DAUs and MAUs to be flat or slightly down in most regions in the third quarter of 2020 compared to the second quarter of 2020,” said the social network.