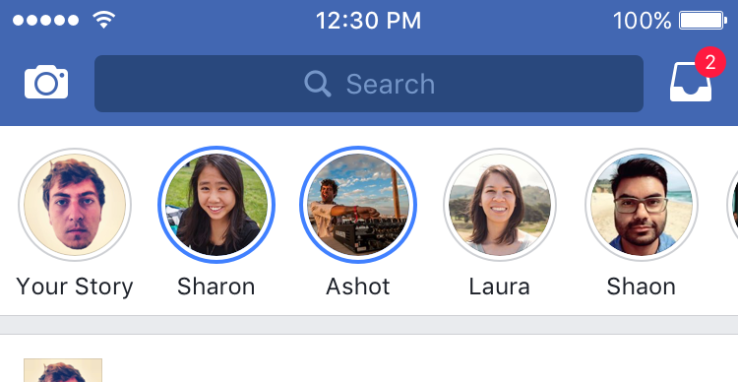 The new feature, which has already gone live in Ireland, is still being tested by the social media behemoth, and could get a global launch if all goes according to plan, reports Recode. A Facebook spokesperson said: “We’re hoping to bring Stories … to the rest of the world in the coming months.”

Available on iOS and Android, Facebook Stories will let you share ephemeral photos and videos in a slideshow that disappears 24 hours later; the same way Instagram and Snapchat Stories work. Little circles that allow you to watch Stories will appear in the main app above the feed so you won’t miss them.

It is pretty obvious that Facebook wants to copy everything that works or has made Snapchat a very popular app today. It is doing so in so many ways, including improving on some of those features—call it reinventing if you like.

Instagram as things stand, is already making things a bit difficult for Snapchat. Instagram’s Stories, which was launched last year, is already surpassing expectations and gaining momentum over Snapchat’s Stories.

On Tuesday, Instagram in a blog post, announced plans to expand Live Videos to a global audience. This may not go down well with Snapchat’s IPO—and given the fact that 150 million people use Instagram Stories every day, the competition is about to get stiffer.

“Today we’re excited to share that live video on Instagram Stories — a new way to connect with your friends and followers right now — will be rolling out to our entire global community over the next week. From real-time makeup tutorials to live DJ sets, it’s been exciting to watch as the community shares new sides of their lives,” Instagram said in a blog post on Tuesday.

Instagram Live lets you broadcast videos to your followers and friends in real-time. However, they can only watch your broadcast while you are still streaming. Though, no replays will be allowed, you will still be able to browse an algorithmically curated Explore page of a selection of the best Instagram videos happening at the moment. When a friend or follower starts a live video, you will see “Live” under their profile photo in the Stories bar.

What many people would struggle to figure out is why is Facebook adding Stories to its platform since it already has a selfie mask-filled camera feature. This question was put to a spokesperson of the social media giant by TechCrunch:

“Facebook has long been the place to share with friends and family, but the way that people share is changing in significant ways.  The way people share today is different to five or even two years ago — it’s much more visual, with more photos and videos than ever before. We want to make it fast and fun for people to share creative and expressive photos and videos with whoever they want, whenever they want.”