Home » Facebook addiction in many users is stronger than anticipated—study

Facebook addiction in many users is stronger than anticipated—study 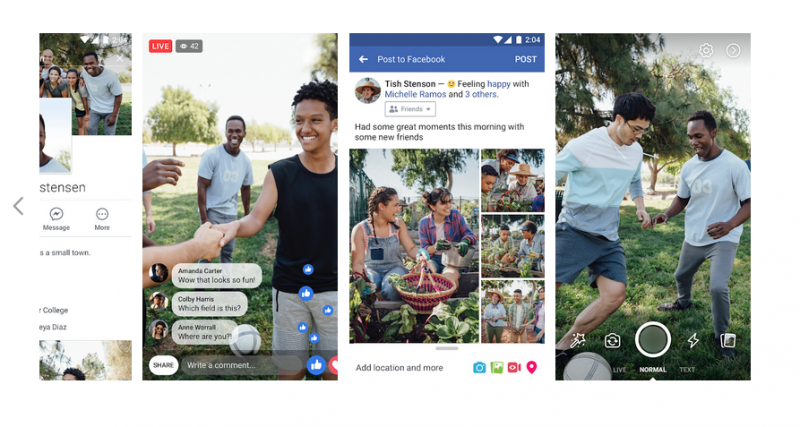 This report contradicts an earlier poll conducted last September where 26 percent of Facebook users claimed to have deleted the app from their phones. The implication of this is that the addiction to Facebook is much stronger than anticipated.

In a joint study involving other researchers from four universities, ArsTechnica reports that:

The paper started out as two separate studies. Jay Corrigan, an economist at Kenyon College, and his collaborator, Matt Rousu of Susquehanna University, were interested in a session on this topic at an upcoming conference. They discovered that Sean Cash (Tufts University) and Saleem Alhabash (Michigan State University) were doing something very similar.

Since the design of both studies was so complementary, they decided to combine their data and results into a single paper. Cash and Saleem had a larger sample for their part of the study and looked at a longer time period of one year, while Corrigan and Rosein focused on shorter time frames, asking subjects to quit Facebook for one day, three days, or seven days. The studies nonetheless had similar results.

The most interesting discovery about their research was that despite overwhelming outcry against Facebook’s privacy issues, people still preferred to keep using the social media platform. The researchers discovered that a user had to be paid an average of $4.17 to give up his account for a day, and $37 for a week. That will add up to between $1,139 to $2,076; but that amount is for adults because it will cost even more to get a student to delete his Facebook account.

“We found that consistently, on average, people would have to be paid more than $1,000 a year to go without Facebook,” the report revealed.

The ‘love’ for Facebook seems true going by the report, and could booster the platform’s image as it seeks to recover from recent controversies.

Last August, Facebook along with its sister company Instagram, are both rolling out a new tool to help deal with the issue for social media addiction. “Time well spent,” which is the name of the feature, will help you fight addiction to your mobile phone. The feature will provide you with information on how much time you have spent on each app, set a timer to alert you after you have spent ‘x’ amount of time using the app on a given day, and snooze notifications for about eight hours.

“I as the CEO of Instagram don’t want to make a single person use Instagram more than they want to use it. That’s not my intention,” Kevin Systrom Instagram CEO said in an interview per Recode. “So if we can give people the tools to control their time, or be aware of their time, I think that is a very healthy equilibrium.”