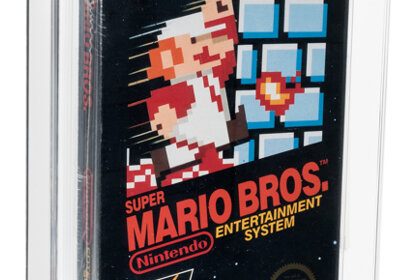 It has become the most expensive game in history.  Would you spend more than half a million dollars just to get your hands on an old yet sealed copy of Super Mario Bros? If you wouldn’t, then someone did.  On Friday, someone at Heritage Auctions chose to buy a sealed copy of Super Mario Bros for a whopping $660,000. The previous record was over $140,000. With that amount, it has become the most expensive game ever.  The said sealed copy was one of the shrink-wrapped versions of the games that you could find in the US.  The copy was bought in late 1986 as a Christmas gift. But it wasn’t opened for nearly four decades because the owner didn’t think anything about it.  13 bidders placed 36 different bids.  In November of last year, a rare variant of Super Mario Bros 3 was also sold. But the price was $156,000. Rally, a crowdsourced collectibles platform, paid $140,000 for it.  Heritage Auction knew that if people would find it sensational when it got hold of this copy of Super Mario Bros. But it still exceeds its expectations. Sold for a Short Time  This copy of Super Mario Bros was sold for a short time in late 1986. For its quality scale, it earned 9.6 on WATA Games. It also received an exceptional A+ seal. Furthermore, the hang tab is still intact. In other words, the seal hasn’t been pierced for hanging.  In 2014, a collection of 11,000 games were sold for $750,000.  Although this is the oldest shrink-wrapped copy, others could still exist.  Players who grew up playing classic video games like Super Mario Bros are in their 40s and 50s. In that case, they have more disposable income.  Three decades ago, the video game collection wasn’t that huge. During stadium events, copies of these games would only sell for $30,000. That’s because only a few people could afford it.  One reason that it has sold so high is that it’s a sealed copy. It means that it’s difficult to find. The price can still go up in the future.  The Popularity of Super Mario Bros Super Mario Bros is undoubtedly one of the best-selling video games of all time. It has sold over 222 million units.  Shigeru Miyamoto, the creator of Mario, said that when he made this game, he wanted...

Top 10 Video Games for Couples Many websites have outlined lots of date ideas for couples. Some praise dinner dates, others prefer picnics. So, where do we place couples who enjoy games? We are stuck in quarantine, working from home for the longest time. Kids here, meetings there. It’s been quite hectic. But don’t we need some time with our partners? Do you miss those moments of fun and laughter? Moments where you escaped your daily life and enjoyed some good time together? The pandemic has robbed us of a lot of freedom. And most importantly, opportunities to rekindle our relationships. Closed restaurants, locked gyms. Are PC games for two the best approach to bring back all the good memories? The best hookup sites review agreee with that! So, how can we help ourselves with the best video games for two? Benefits of Gaming Together There is an apparent reason to spend time together. But there’s more than that when you’re enjoying the best free two player games for PC. Some other benefits include: Improves coordination – Games for couples require good coordination to get successful missions. You will carry with you that skill in doing other things together.Enhance memory – You and your partner will have an improved memory. It comes from having to remember all the stages you went through in the game.Provides room for learning – You can use free online games for two players on different computers as learning platforms.Helps in multitasking.Improves problem-solving skills – You gain more skills in every challenge solved in games.Improves concentration. Best Video Games for Two Now that we’re familiar with the benefits, let’s learn more about the video games for two in а relationship. Numerous games offer the two-player mode. It all depends on your preference and skills. Some couples prefer going on missions together. Others would want to enjoy a sporting video game. Some like playing on a computer. Others couldn’t wait for their PS5 delivery. Do you enjoy gaming, and you’d like your partner to tag along in your next mission? Here is our best pick for the ultimate game until dawn for two players. 1) Lara Croft and the Guardian of Light The game Lara Croft for two players is an excellent place to start for an adventurous couple. There is a male and female playing... 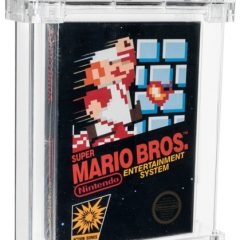 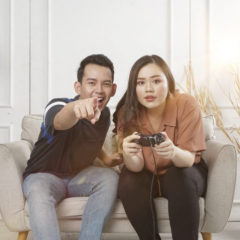 Top 10 Video Games for Couples Many websites have outlined lots of date ideas for couples. Some praise dinner dates, others prefer picnics. So, where do we place couples who enjoy games? We are stuck in quarantine, working from home for the longest time. Kids here, meetings there. It’s been quite hectic. But don’t we need some time with our partners? Do you miss those moments of fun and laughter? Moments where you escaped... 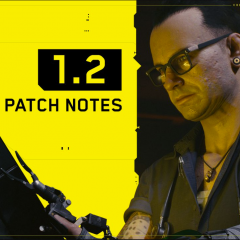 Posted By Martha Papadimitriou on Apr 2, 2021

Source – Cyberpunk.net It was the project that the gaming community was pretty excited about. And then everything went south really fast. Of course, we are referring to Cyberpunk 2077, CD Projekt Red’s open-world game starring Keanu Reeves.  Back in December, the reviews were good, but once the game reached games almost everyone realized that the game had serious troubles on PCs and it was almost unplayable on game... 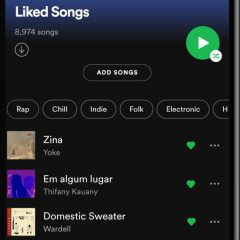 Image Credit: Spotify Spotify has been very busy lately—the company has been adding a series of features that may help it consolidate its position in the market. The company has launched an easy way to parse your liked songs; and the feature is available to both free and premium users. The feature works by allowing you to filter your liked songs by genre and mood. According to Spotify, this is to enable you to enjoy more of what you... 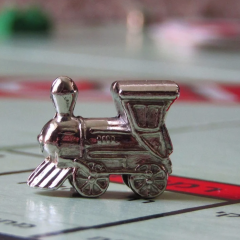 5 Of the Most Enjoyable Variations of Monopoly

5 Of the Most Enjoyable Variations of Monopoly Source – Pixabay.com Recent years have seen board games making a massive comeback. Sales of board games for people to play at home with friends and family have been spiking, and per an article at The Startup, there’s been a startling rise in new “board game cafés” as well (with more than 5,000 such venues opening in 2016 alone). Naturally the pandemic has stalled these trends to... 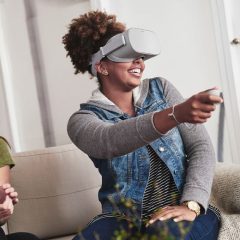 Virtual Reality (VR) headsets stormed the gaming industry last year. So, Facebook has decided to add new features to boost the use of Oculus Quest, and to expand VR adoption. The Oculus Quest now supports multiple accounts in a single device. And it also gets app sharing, so different users can purchase different apps inside Oculus through one device.  “VR is a social experience, and that doesn’t just mean online...