Home » Call it vegetarian or fake meat, but real vegan substitute is hitting the market soon

Call it vegetarian or fake meat, but real vegan substitute is hitting the market soon

Scientists at the German Fraunhofer Institute have made a real gift to the defenders of animals, advocating for vegan diet. Scientists have grown a meat substitute called the “vegetarian meat’, also known as “fake meat”, which as claimed by the experts in appearance and taste is no different from the real one, but the main thing is it does not contain any harmful trans-fats.

The German institute in partnership with the University of Natural Resources and Life Sciences in Vienna, the University of Wageningen in the Netherlands, and a few food companies has developed this pseudo-meat, which they call as entirely composed of vegetable ingredients, and in the near future factories will establish mass production of these products. The fake met will be available on the shelves of German stores within one year, reports MSN.

It is expected that this new fake or vegetable meat will be presented at the upcoming Anuga FoodTec trade fair to be held in Cologne, Germany from March 27 to 30.

Recipe for “vegetarian meat” has been kept a secret by the experts. As reported, it is being said that this “meat” can be heated and cooked, without having any effect on its taste. The developers hope that the expertise is ideal for those Europeans who want to, but can’t give up meat eating, since they are fond of it. 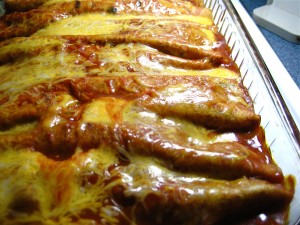 Is vegan meat going to substitute the real one? Will depend upon its taste!

It must be noted that according to recent media reports, Dutch scientists had set a more ambitious goal of transforming stem cells taken from cattle into inch-long strips of muscle tissue. These strips after being mashed can be turned into a hamburger patty. The only drawback of the project its high cost of production. At the moment work is on to reduce the production cost of this stem cell beef.

On the other hand, this fake meat will be completely vegetarian and has the potential of becoming very much successful looking at the growing popularity of vegan food in the western hemisphere. It however remains to be seen, how closer the taste of fake meat will be to the real one.