Byte, a Revised Vine, Gets 1.3 Million Downloads: Ads Invade It

Byte, a revised Vine, hits 1.3 million downloads. This app lets you create six-second videos. Some TikTok users are switching to this app. One of the enticing features of this app is that creators can earn through ads. 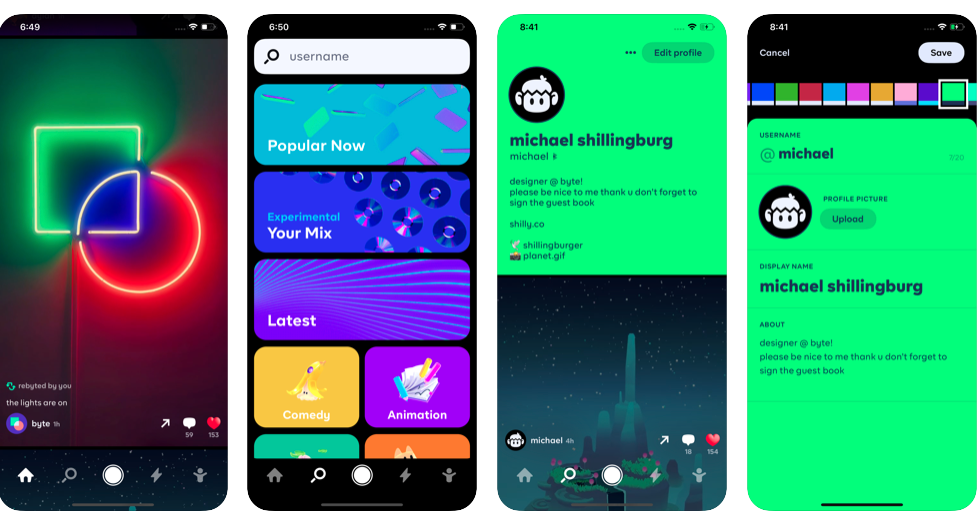 When Twitter shut down Vine in 2016, some Internet users mourned. However, Dan Hoffman, Vine’s co-founder, announced that he was creating a new app, which is similar to Vine.

The said app spent two years running in the beta version. And finally, he announced the launch of the new app in January.

What to Expect from Byte, a Revised Vine?

Byte is still a short-form video app. But, unlike Tiktok, it has no bells and whistles. In other words, it does not have any AR filters, transition filters, etc.

Indeed, it has those missing features. But what makes it different from TikTok and other similar apps is that Byte allows creators to make money.

The company is also thinking about other monetization options, such as tipping, partner programs, and revenue sharing. However, as a start, Byte offers revenue share.

After its launch, users are now seeing ad campaigns. And the first ad that users saw was with Nike.

But this is not the only ad you will see when using the said app. You can expect to see more of those ads in the future as the app’s strategy is to pay creators.

With that in mind, the app will need to earn enough money to entice more influencers to use Byte. But the biggest challenge of this app is to get enough ads without discouraging users and driving them away from the app.

The revenue sharing in this app is based on a partner pool of money. It will be created every 120 days.

Video creators will get paid every 30-day installment period. But the payment will be based on the cumulative viewership of posts.

The pilot period allows creators to receive 100% of ad revenue through the Partner Program. Byte stated that its long-term plan is to give most of the revenue to the creators.

This program will launch only in the US. If you wish to apply to the said program, submit your application through this form.

Some users reported seeing spam-bot comments within the app. And the co-founder said that he and his team are trying to fix the problem ASAP.

The company is said to make more changes to comments. It may include blocking, limiting and filtering comments.

Apart from paying creators a cut of ad revenue, creators can contact the team directly. Furthermore, they can access some features that are still in beta versions. Plus, they can get invites to the company’s exclusive events.

Byte, a revised Vine, is still a new app. Thus, we can expect it to have some bugs. However, the monetization features can be enticing to some video creators. Then again, Byte must still add other video-editing features to lure more creators and viewers to use the app.