One of world’s leading search engines, Bing has begun the process that would lead to the removal of search results that mention individuals who have invoked their right to be forgotten. The report, which was published by Forget.me, is coming on the heels of a ruling made by the Court of Justice of the European Union in May this year.

Microsoft Bing started accepting requests for removal back in July about two months after the ruling was made by the European body by making a form available for users to formally make their request known. Now report from Forget.me says users who made their formal request known to the search engine company have started receiving responses.

So far, no fewer than 79 requests have been responded of 699 requests made to Bing; all of which have actually been refusals to comply. However, two of the refusals have cited unjustified reasoning, while others are responses to search results, which point to content on social networks, both of which the search engine company suggests requesting takedowns directly on those social networks for effective search result removal. 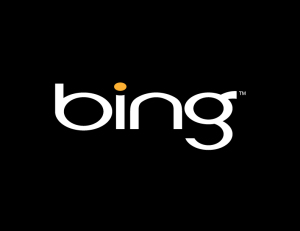 Perhaps, it could be safely admitted that Bing may already have complied with other requests without making it publicly. A pointer to this effect was a statement credited to head of Article 29 Working Party of EU national data protection authorities, and reported by the Next Web about a week ago, which says it is not mandatory for Google to notify media outlets and publishers when stories have been removed from search results.

Confirming the Forget.me reports, Microsoft had this to say about the requests it has received:

“We’ve begun processing requests as a result of the court’s ruling and in accordance with the guidance from European data protection authorities. While we’re still refining that process, our goal is to strike a satisfactory balance between individual privacy interests and the public’s interest in free expression.”

The European privacy regulators also want search engines to extend their results to other countries outside Europe. Google has so far concentrated its search to countries in Europe; an indication which shows that such results still appear in Google.com

The company had earlier stated that search results should not be extended to countries outside Europe, and has been redirecting users to local versions of its search engines such as Google.de and Google.fr.

We believe more will unfold in the coming days as the last has definitely not been heard on this.