As the U.S. draws close to a heated political season, Bing launched on Tuesday a new election experience at bing.com/elections. Bing Elections focuses on people who want a full view into Election 2012. It includes the latest news from all – Obama, Romney, neutral – perspectives, updated national, state and local polls, analysis of conversations across social networking sites such as Facebook and Twitter, a tracker to find polling sites closest to the voters, and real-time Election Day results.

According to a recent Bing survey, almost 75 percent of people consider themselves as active observers or participants in online political discussions.

Bing Elections reduces clutter from the sheer volume of information, news sources and sites that overwhelm people. It easily follows the pulse of the election, across both comprehensive news sources and social networks. 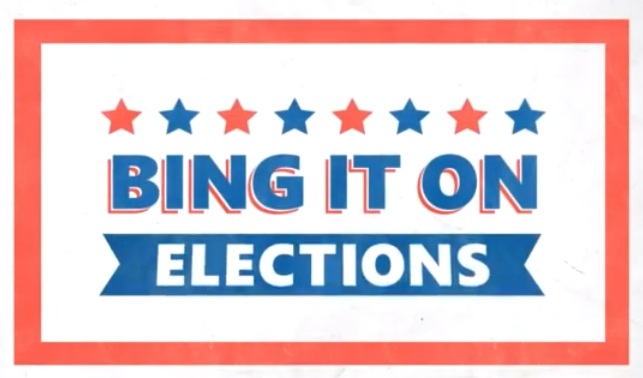 Bing.com/elections runs on Microsoft’s Bing search engine and mixes with editorial excellence from MSN and political partnerships with Politico, Real Clear Politics, The Cook Political Report, Huffington Post and The Associated Press. It gives people interested in politics a new site to keep updated with Election 2012.

Bing Elections constantly updates on the coverage, polls and predictions of every race and candidate down to the state and congressional level, as well an exclusive analysis each day from Politico and its candidate tracker.

“Whether you’re doing research to inform your vote, want to stay in the know on the latest news and social media developments, or are looking for a great Web experience to complement your TV viewing, bing.com/elections is the place to go.”

Bing teamed up with Facebook, Twitter, and other social networks for visitors to not only follow trending topics but also see social sentiment scores and conversations this election season.

Bing Elections allow voters who are unsure of their polling sites to find where to go and vote, as well as watch exclusive videos from Chelsea Clinton and Mary Ann Huntsman both urging people to stop being couch potatoes and vote in this critical Election 2012.

Bing Elections will be featured as part of a new ad on network and cable TV starting tomorrow, November 4, and running until after the elections. The new spot is found on the Bing blog, with the Bing team taking it to the streets to bewilder political junkies and share how Bing Elections can help.