Microsoft cofounders Bill Gates and Paul Allen recreate an iconic photo from back when their company was still relatively young.

The photo below is from 1981, just six years from when Microsoft was founded in Albuquerque, New Mexico.

1981 was the year when IBM bought a license for MS-DOS from Microsoft. The photo shows Bill Gates and Paul Allen surrounded by computers. 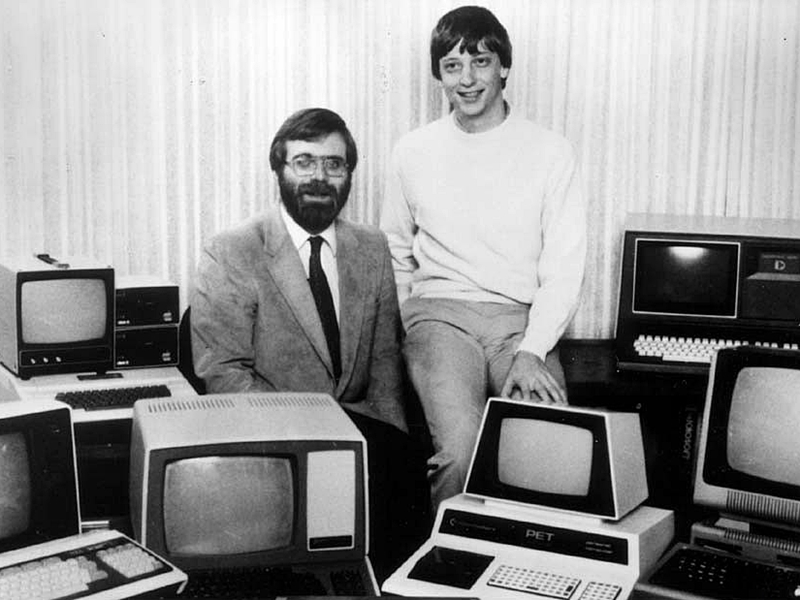 Yesterday, Allen tweeted the following photo saying it’s so much fun catching up with computing pioneers at the Living Computer Museum event.

So much fun catching up w/ computing pioneers at the #LCMCelebration last night! Here I am with old friend @BillGates pic.twitter.com/a5aQaamH9H

As you can see from the photo above, both Microsoft cofounders are still dressing up relatively the same as they did 32 years ago – Allen with his more formal attire compared to Gates’ attire.

According to GeekWire, the Living Computer Museum made an effort to obtain the same model computers as used in the older Microsoft photo.

The recent photo of the two Microsoft pioneers was taken at a small gathering for Allen’s friends, GeekWire says.