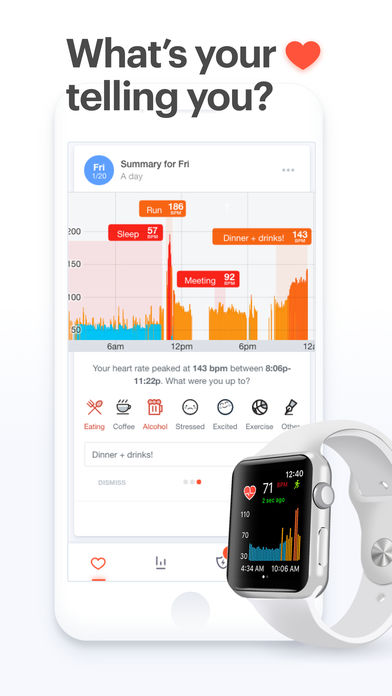 The latest model of Apple Watch has a lot of features packed in a small tablespoon-sized device. It comes with a GPS, cellular connectivity, and heart rate sensor, among others. Although it doesn’t have a sphygmomanometer to measure blood pressure, it might help in determining your blood pressure.

On Monday, a research claimed that the heart rate sensor and step counter of Apple Watch could predict whether the wearer has high blood pressure or suffering from sleep apnea. Both of these conditions are common. But they’re also the most commonly undiagnosed health conditions that can cause life-threatening effects, like stroke and heart attack.

With the right algorithms, it might make the Apple Watch a personal physician and not just a personal trainer. In September, the company stated that it’s collaborating with Stanford to test the gadget in detecting atrial fibrillation that can lead to heart failure.

A certain study suggested that it might detect such condition.

Furthermore, Aetna partnered with Apple to lower the cost of Apple Watches so it can give them to its members at a reduced price.

Cardiogram, a startup company, provides an app that organizes heart rate data from the Apple Watch and other devices. The University of California San Francisco made a study on mobile health using Apple Watch. The research institution provided data from those who used the device and enrolled in the study.

Both the startup company and the UCSF collaborated to reveal that the said smartwatch could predict hypertension and sleep apnea.

The engineers of Cardiogram used artificial neural networks to turn speech into text and adapt them to analyze heart rate data and step count data. The overall system is called DeepHeart. The company and the UCSF provided results that showed the system’s ability to predict atrial fibrillation from a person’s Apple Watch data.

In the study, it showed that a week of Apple Watch data could predict hypertension and sleep apnea with varying accuracies.

Typically, doctors can’t diagnose hypertension and sleep apnea by merely looking at the data from your smartwatch. Instead, they use a sphygmomanometer to determine your blood pressure. Sleep apnea, on the other hand, can be diagnosed by using a home monitoring equipment.

Thus, we wonder how the algorithm of Cardiogram could make a good guess without having to use an equipment.

Cardiogram explained that our autonomic nervous system connects our breathing, heart rate, and blood pressure. The system regulates them to keep us alive. In the past studies, they showed that hypertension and sleep apnea change the heart rate.

However, more research is necessary to recommend smartwatch as a tool to predict hypertension and sleep apnea. Cardiogram promised that it’s going to add a feature that could suggest the wearer check with his doctor for possible atrial fibrillation, sleep apnea or hypertension. The app would advise that the wearer should get tested and it would not propose that the person has one of those conditions.

The value of the said study hasn’t been proven yet for medicine. And remember that the accuracy of heart data of Apple Watch would depend on how you wear it.

With that in mind, you should not rush into purchasing an Apple Watch to help you predict whether or not you have those conditions.